Two weeks after a tight election, the winning SPD have met with the Greens and the FDP in an effort to hammer out a new German government. This marks the second set of three-way talks among the parties. 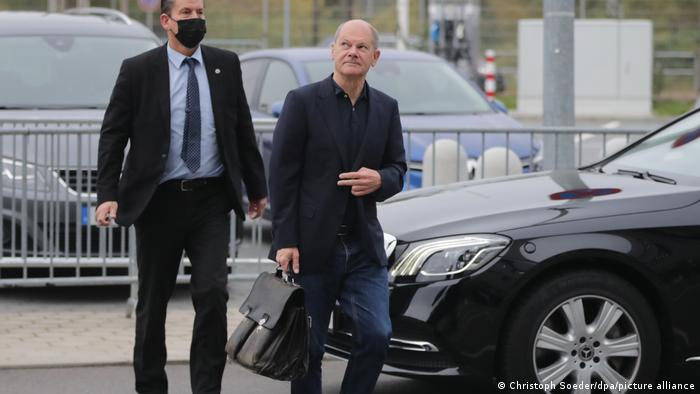 Olaf Scholz won a clear victory but can he forge a coalition to seal the deal?

The three parties previously met last Thursday and scheduled 10 hours of negotiations for Monday. Four more hours of talks have been scheduled for Tuesday morning, before SPD chancellor candidate Olaf Scholz departs for a meeting of G20 finance ministers in Washington, DC.

More talks between the leaders of the so-called "traffic light" coalition parties — a reference to their party colors — are set to take place on Friday after Scholz returns to Berlin from the United States. No statements on the progress of the talks were expected on Monday, with all parties underscoring the need for discretion.

Party representatives said they hope to present initial results toward the end of the week. Thus far, none of the negotiators have given details as to the state of talks, only that there are differences of opinion in a number of areas, the two most fundamental being finance and the environment. 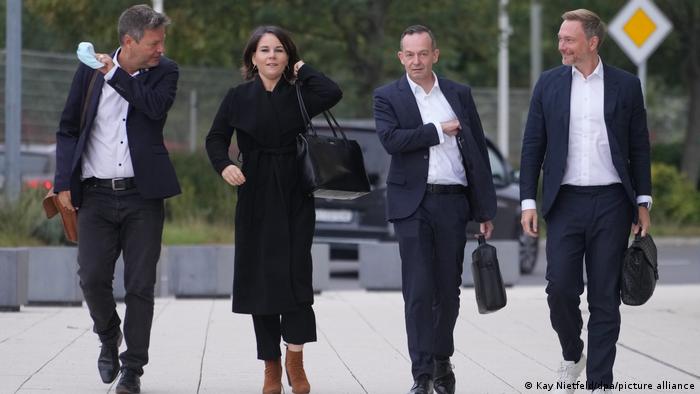 The Greens and the FDP have completed several rounds of talks, but must still work out a number of differences

The environmental Greens, which garnered 14.8% of the vote in Germany's September 26 federal election, have more content overlap with the SPD (25.7%) — for instance when it comes to raising taxes on the wealthy to help bankroll climate protection policies — than do the neoliberal FDP (11.5%), which is opposed to such ideas, preferring market-based solutions.

The FDP, in turn, would seem a more obvious fit with the second-place Christian Democratic Union and Christian Social Union (CDU/CSU) of outgoing Chancellor Angela Merkel (24.1%). The conservative Union had its worst showing ever in the recent election, yet still holds out hope that it may ultimately be able to form a coalition, should Scholz and the SPD be unable to hammer one out. 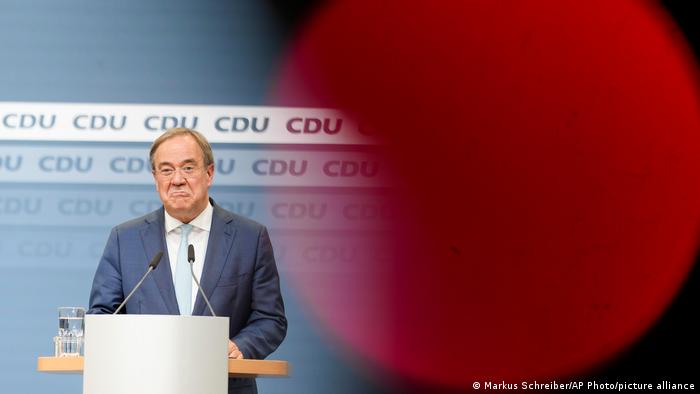 Although the Greens and FDP have both said they are aware that German voters want change, they have been cautious about the prospects of finding common ground, with Green Party co-leader Robert Habeck stating, "Finances are a huge problem."

Heading into Monday's talks, Habeck confirmed, "The FDP's red lines are well-known: No to raising taxes and no to loosening the debt brake."

FDP Chairman Christian Lindner, too, has acknowledged difficulties, and has not been shy about voicing support for a so-called "Jamaica coalition" between FDP, Greens and CDU/CSU, saying it "remains a viable option."

CDU/CSU chancellor candidate Armin Laschet, who has faced blistering criticism within the Union for its disastrous showing, has said he will "keep the door open [for a CDU/CSU-led coalition] until the very last minute."