Olaf Scholz: The SPD′s candidate for chancellor stands for pragmatism over personality | Germany | News and in-depth reporting from Berlin and beyond | DW | 13.09.2021

Olaf Scholz is the Social Democrats' candidate as German chancellor to succeed Angela Merkel. There is no doubting his experience and his ability to handle a crisis. And now he looks set to become his party's savior. 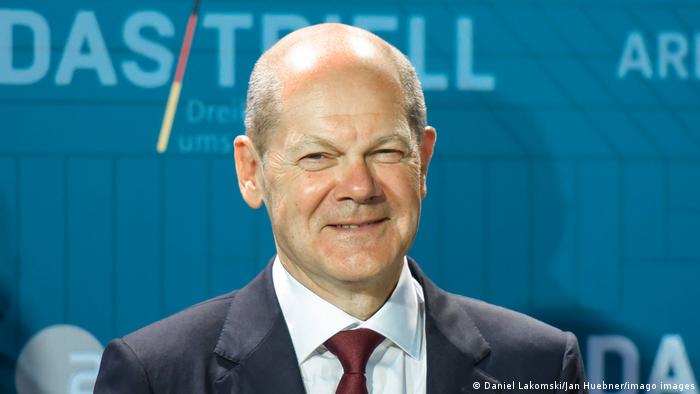 It came as a big surprise when the SPD nominated Olaf Scholz as its candidate for chancellor more than a year before the general election. It was even more surprising that the party would select Scholz, who had just months earlier been defeated in the race for the party leadership.

In the weeks ahead of the election, all the polls showed Scholz as the clear frontrunner who voters wanted to replace Angela Merkel as chancellor. But the German election system does not mean that a chancellor is chosen directly by the electorate, meaning Scholz's path to the chancellorship has never been certain.

Scholz, who has been vice-chancellor for three years, displays unshakeable confidence and has weathered many a storm in his long political career.

It is on rare occasions that Scholz loses his calm, such as when he had to go on the defensive in a live TV debate in early September, where he was challenged over recent raids by state prosecutors on the Finance Ministry, part of a probe into the government's FIU anti-money laundering department, an agency of Finance Ministry.

As finance Minister, Scholz has been in a good place to shine in the coronavirus crisis: As finance minister, he is in charge of disbursing billions of euro in emergency funds to help the economy and the country's citizens weather the storm.

"This is the bazooka that's needed to get the job done," promised Scholz, with a mixture of cold efficiency and supercilious confidence. "We are putting all our weapons on the table to show that we are strong enough to overcome any economic challenge that this problem might pose."

At times of crisis, pragmatism trumps charisma and that has played into the 63-year-old's hands.

It's a far cry from 2003 when the German weekly Die Zeit nicknamed him "Scholzomat", a combination of his name and "Automat", the German word for "machine", alluding to the Social Democratic Party (SPD) general secretary's tendency to use technocratic jargon. 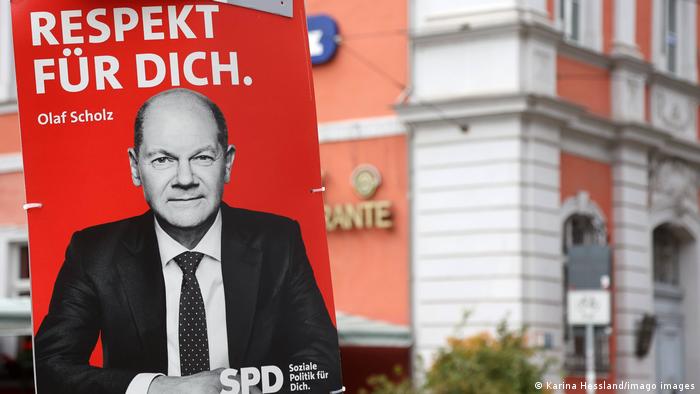 This machine's job is to continue selling the SPD's policies. It all started with the controversial labor market reform program known as 2010, which brought with it harsh cuts for some welfare recipients. Scholz found himself defending the program both outside and inside his party.

"I was the man tasked with selling the message. I had to demonstrate a certain amount of implacability," Scholz would say later, adding that he "really felt like an officer. There was no leeway.”

He said his first concern was not his own sensibilities but the need to display "absolute loyalty" to the then-chancellor and SPD leader, Gerhard Schröder, and to the SPD itself. 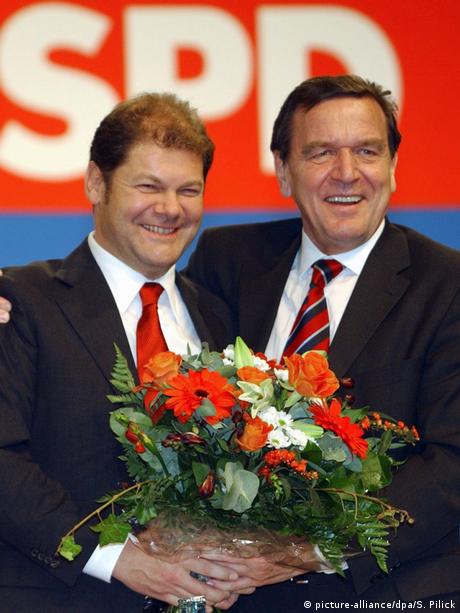 In the end, the rescue efforts failed. Not only did the SPD lose the chancellery to the CDU, but Olaf Scholz gained an image that would take some time to shake off: that of a boring bureaucrat and killjoy.

Within the SPD, plenty of people had difficulty warming to this rather introverted, matter-of-fact pragmatist from Hamburg who would never say more than what was absolutely necessary.

But Scholz stuck to his guns, quietly climbing the political ladder. He was SPD general secretary, state interior minister, and mayor of Hamburg, and is currently German finance minister and deputy chancellor.

Olaf Scholz is considered a member of the party's conservative wing — but he's also hard to pin down with political categories such as left-wing or right-wing. As deputy leader of the SPD youth organization Jusos,many of his views were socially radical and highly critical of capitalism.

But a long time has passed since Scholz joined the SPD as a high school student in 1975 and his election to the Bundestag in 1998. During those years, Scholz ran his own legal practice in Hamburg, specializing in business law, where he learned a lot about how the economy and entrepreneurship work. That left its mark.

It took a long time for Olaf Scholz to acknowledge that politics is also about getting your message heard and selling your policies. But when the candidates for the SPD leadership toured the country debating each other in late 2019, the finance minister seemed transformed.

His demeanor was more emotional, more accessible, and above all, friendlier. At the same time, he made no secret of his belief that he was in line for the job. But he suffered a shock defeat to the avowedly left-wing duo of Saskia Esken and Norbert Walter-Borjans.

But the old party trooper Scholz stood his ground. He stayed focused on his work in government and let the new SPD leaders get on with it. He remained loyal and never resorted to sniping — safe in the assumption that the new leadership, which was politically inexperienced by his standards, would make its own errors.

In the months following his nomination as top candidate Scholz has avoided major gaffes. In August his popularity ratings began to rise. He has been selling himself as the beacon of stability and has been credited with being behind the SPD's somewhat unexpected marked rise in opinion polls.

Any future government in Germany will have to be based on a coalition, most likely of three parties.

The embattled center-right CDU/CSU has zoomed in on a possible left-wing coalition of SPD, Greens, and the communist Left Party.

But Scholz has refused to be drawn. He has made overtures to the Greens but has also not ruled out possible coalition partners in any other party, apart from the far-right Alternative for Germany. This means a continuation of the CDU/CSU-SPD "grand coalition" which Angela Merkel led for the last eight years may still be an option.

This article was translated from German. It was first published in April 2021, and has been updated to reflect recent developments.

Just days before the election, it's the last thing a chancellor candidate wants: Get yanked off the campaign trail to confront questions over money laundering. That's exactly what happened to Olaf Scholz (SPD).

The SPD came second again in the German election on September 24 2017. Germany's Social Democrats are one of the world's oldest democratic parties. It looks back on a tumultuous history.