Finance Minister Olaf Scholz is currently Chancellor Angela Merkel's deputy in the coalition government. Opinion polls show Scholz as the most popular Social Democrat, but he is a divisive figure within the party itself. 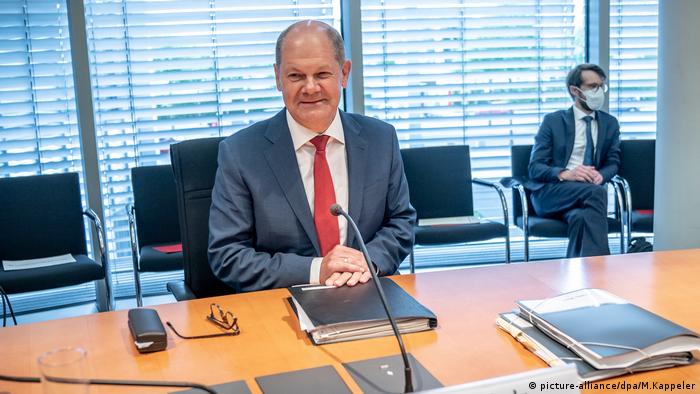 "Now it's out," Scholz, who is Chancellor Angela Merkel's deputy in the German government, tweeted on Monday. "I look forward to a fun, fair and successful election campaign."

SPD leaders Saskia Esken and Norbert Walter-Borjans also confirmed the nomination on Twitter with identical statements, saying that Scholz had the "Chancellor aura." They also acknowledged that picking Scholz, who is a divisive figure in the party, may not be a popular choice.

"We know that this decision represents an unexpected turn of events for some," the two party leaders said. "We ask you to have faith in our path. We are determined to walk this path together."

The nomination represents a revival of sorts for Scholz in the SPD, the coalition partner to Merkel's ruling center-right CDU/CSU political alliance.

He made an unsuccessful bid to become SPD leader last year, with the party choosing Esken and Walter-Borjans instead.

A former lawyer specializing in employment law, Scholz previously served as Hamburg's mayor and Germany's labor minister under Merkel during her second administration.

He is known as a mild-mannered, business-friendly centrist who is comfortable working with Merkel. As finance minister, he largely continued the frugal policies of his conservative predecessor Wolfgang Schäuble, but has turned into a free spender during the coronavirus pandemic as Germany has had to loosen the purse strings to keep the economy afloat.

The SPD is hoping for a rebound after falling in public opinion polls. Its support has dropped from 20.5% in the 2017 election to around 15% in recent opinion polls. The party has been overtaken on the left by the environmentalist Green Party, which is now the second most popular party in Germany behind the CDU/CSU.