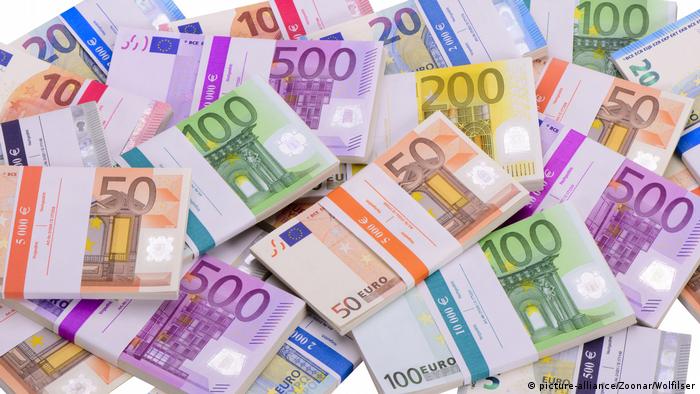 Germany has, for a long time, been proud of its "black zero" policy of keeping finances balanced

Germany's public finances went into the red for the first time since 2013 as the coronavirus pandemic took its toll on the country's economy last year, according to official figures released Wednesday.

The Federal Statistical Office (Destatis) said Germany logged a deficit of €189.2 billion ($225 billion) in 2020, compared with a surplus of €45.2 billion in the previous year.

Total public budget expenditures increased by 12.1% to almost €1.7 trillion, while revenues decreased by 3.5%.

The Destatis report said some €17.8 billion in COVID support went from the federal government to the states.

Some €13 billion went to help top up health insurance funds.

From 'black zero' into the red

For several years, Germany has taken pride in its "black zero" policy of balancing the books.

The spending spree looks likely to continue. German Finance Minister Olaf Scholz last month promised to do whatever was necessary to help Germany spend its way out of the COVID-induced economic slump.

Germany is battling a third wave of infections and is set to keep many businesses, such as bars and cinemas, closed until at least later this month.

However, the number of people on short-time work last month fell, thanks in part to Germany's relatively strong industrial sector.

Germany's "Kurzarbeit" program allows companies to shorten workers' hours under a government scheme intended to avoid mass layoffs. It does this by offering companies subsidies to keep employees on the payroll.

According to data from Germany's Ifo economic institute, some 2.7 million employees were on short-time work in March compared with 2.9 million the previous month.

The number of people on the scheme peaked at about 6 million a year ago, although the number had recently again been on the rise.

The European Commission sees a healthy dose of growth from this summer on, but some member states have seen their economic forecasts slashed.

France's public debt has shot up to just over 2 trillion euros ($2.5 trillion) for the first time, according to official figures for the second quarter. National debt now stands at 95.1 percent of GDP.