In their spring report, Germany's five leading economic institutes have described Germany's economy as "an economy in shock," saying that GDP would shrink by over 4% this year amid rising unemployment. 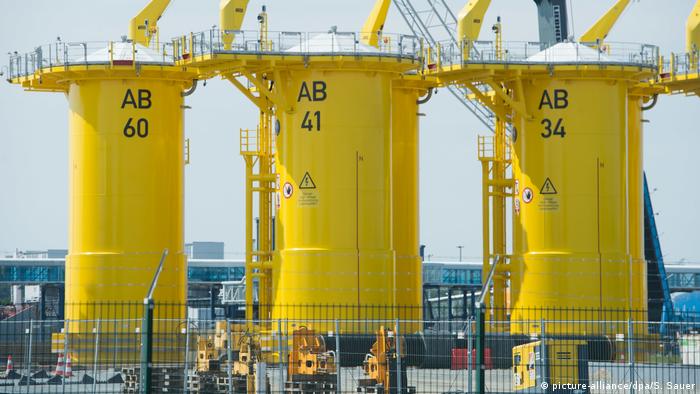 In their latest regular report on the state of the economy, Germany's leading institutes said Wednesday the coronavirus pandemic was triggering a full-blown recession in Europe's powerhouse.

The researchers agreed that gross domestic product (GDP) would dip by 4.2% this year due to the virus-induced lockdown.

The experts said economic output was likely to have shrunk by 1.9% in the first three months of the year alone, with the Federal Statistics Office (Destatis) expected to come up with a concrete figure for Q1 on May 15.

More alarming, though, will be the toll that COVID-19 is expected to take on the economy in the second quarter. The research institutes on Wednesday predicted a GDP slump by 9.8%, emphasizing that this would be the sharpest decline ever recorded in the country since quarterly national accounts became available in 1970.

The expected Q2 decrease would be more than twice as steep as the decline during the global financial crisis in the first quarter of 2009, as the Munich-based ifo institute noted in its press release.

"The recession is leaving very clear marks on the labor market and the government budget," the head of Forecasts at ifo, Timo Wollmershäuser, warned. "At its peak, the unemployment rate will jump to 5.9% this year, and the ranks of short-time workers will swell to 2.5 million year over year."

The institutes pointed out that the measures taken to weather the crisis would lead to a record combined deficit of €159 billion ($173 billion). Gross debt is expected to rise to 70% of GDP in 2020.

The experts agreed, though, that Germany was in a relatively good position to recover lost ground once the pandemic was over. "Given its favorable financial situation, the German government can afford to enact far-reaching measures to cushion the short-term negative consequences for companies and private households," Wollmershäuser noted.

Berlin had already unveiled a huge rescue package to cushion the blow for companies and employees, even suspending a constitutional balanced-budget rule. The aid package included state guarantees for loans to businesses, easier access to benefits for workers placed on reduced hours and direct support for firms hit hardest by the pandemic-induced shutdowns.

The researchers forecast a fast recovery after the pandemic and said the economy could expand by 5.8% next year. They didn't fail to add, though, that efforts to restart the economy step by step following the lockdown could in the worst case trigger a fresh wave of SARS-CoV-2 infections.

This in turn could lead to new and even stricter control measures and hence to even longer production stoppages. Such a scenario, ifo concluded, "would increase the likelihood of distortions in the financial system as a result of increasing corporate insolvencies that could not be prevented by state support."