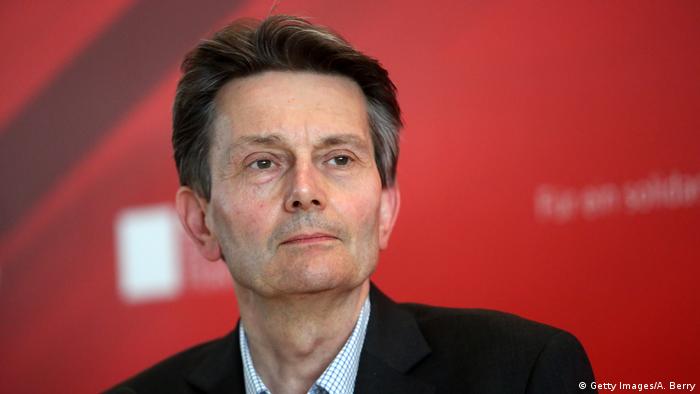 The presence of US nuclear weapons on German soil is a danger to Germany's security and should be terminated, according to the parliamentary leader of the Social Democratic Party (SPD), Rolf Mützenich.

Mützenich, whose party is junior partner to Chancellor Angela Merkel's conservative CDU/CSU bloc in Germany's coalition government, told the paper Tagesspiegel am Sonntag that "atomic weapons on German territory do not heighten our security, on the contrary."

"It is time that Germany ruled out their deployment in future," he added, stressing that such a move would not call Germany's membership in NATO into question.

He justified his call largely by referring to the change in US nuclear strategy under President Donald Trump, saying that Trump's administration saw atomic weapons not solely as deterrents but as weapons of aggression, making the risk of escalation "incalculable."

The US has had nuclear weapons in Germany for decades, many dating back to the Cold War, when they were seen as a deterrent against Russia.

Mützenich's remarks come after Defense Minister Annegret Kramp-Karrenbauer, who also leads the CDU, suggested replacing the Tornado aircraft currently used by Germany's military with Eurofighter and US F-18 multirole combat jets. The latter aircraft is nuclear-capable, in line with NATO's requirement that non-nuclear allies are equipped to take part in its nuclear deterrence strategy.

The comments by the SPD lawmaker were criticized not only by CDU politicians but also by the business-friendly Free Democrats (FDP).

"The demand from SPD parliamentary leader Mützenich is the wrong signal at the wrong time," said the FDP defense affairs spokeswoman Marie-Agnes Strack-Zimmermann. She said that the ongoing quarrel in the coalition about foreign and security policy was damaging Germany's reputation in the world.

"It is naive to believe that Germany would have the same influence on NATO's nuclear strategy if US nuclear weapons were withdrawn," she said, adding that Germany must quickly decide on a successor to the Tornado if it was to fulfill its responsibilities as part of the alliance.