The German defense minister has thrown her support behind Eurofighters and F-18s to replace the Bundeswehr's aging fleet of Tornadoes. But defense experts have called on Berlin to reconsider the state of the art F-35. 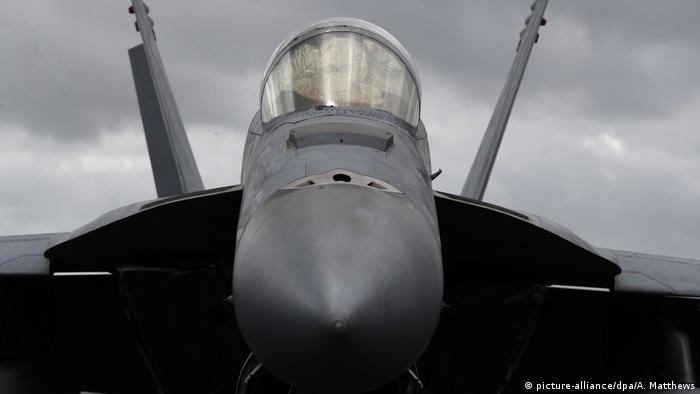 Her comments come as the Bundestag defense committee debates on how to move forward with the Tornado fleet. Defense ministry estimates suggest that repairing and modernizing the Tornadoes could cost billions of euros.

The procurement of 93 Eurofighter jets and 45 F-18s would also cost billions of euros. Although the acquisition of Airbus-made Eurofighters fall into Germany's larger strategic positioning within the European defense industry, they do not possess nuclear-sharing capabilities. 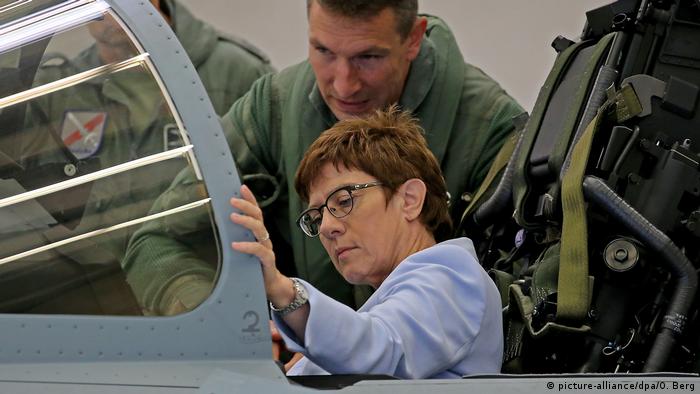 The Eurofighter will make up the bulk of the new fleet Kramp-Karrenbauer is assembling, but it's not nuclear-capable

Under NATO, allies have access to US nuclear weapons as part of the alliance's nuclear deterrence strategy. Speaking during a US visit last year, Kramp-Karrenbauer said Germany's choice for the Tornado's successor would ensure the continuity of this policy.

"My goal is that we make clear decisions as quickly as possible next year, so there is no time period in which there is no reasonable solution for replacing the Tornado fleet," she said in September.

The F-18s would satisfy that nuclear-sharing requirement until 2040, after which a sixth-generation multirole fighter jet from the Future Combat Air System (FCAS) would likely replace it.

The FCAS is a European program led by Germany and France to overhaul and standardize aerial defense on the continent. It is cited as the principal reason why Germany would not move forward with the US' F-35 program.

However, not everyone is on board with Kramp-Karrenbauer's proposal. The Social Democrats, who are junior coalition partners in Chancellor Angela Merkel's government, are reportedly at odds with the idea of acquiring Boeing-made F-18s.

"Germany's federal government has the responsibility to provide its pilots, who have to be able to carry out a particularly dangerous combat mission, with the best suited combat aircraft," said a policy brief by the German Council on Foreign Relations (DGAP).

"Before taking the final decision, the F-35 should be included in the comparative analysis and evaluation."

F-18s have been in the skies since late in the Cold War, first seeing action in 1986.