German Air Force short on pilots, not planes | Germany| News and in-depth reporting from Berlin and beyond | DW | 04.09.2019

Germany's military has long struggled with a shortage of functioning equipment. At the Laage Air Base near Rostock, however, it's not the planes that are hard to come by, but the pilots, as DW's Volker Witting reports. 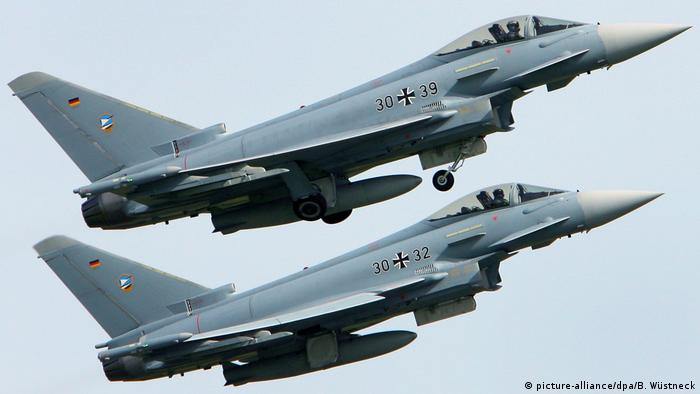 Just minutes apart, three Eurofighter aircraft thunder down the runway outside the northeastern city of Rostock and rise up into the skies with a deafening roar. It's business as usual at the Laage Air Base, where Eurofighters take off up to 20 times a day on practice flights, and to secure German airspace.

The facility, situated at the Laage-Rostock airport, is the German Air Force's showcase location. It is where the Steinhoff air force squadron trains its Eurofighter pilots. After basic flight training abroad, practical experience is put to the test in the air and on the ground at the base.

Jan Gloystein, deputy wing commander of the Steinhoff squadron, is proud of "his" air base, but he has a serious problem: "I don't have enough pilots." Currently he has 23, but he needs 20 more, he says. The German Air Force simply has too few applicants, he adds. 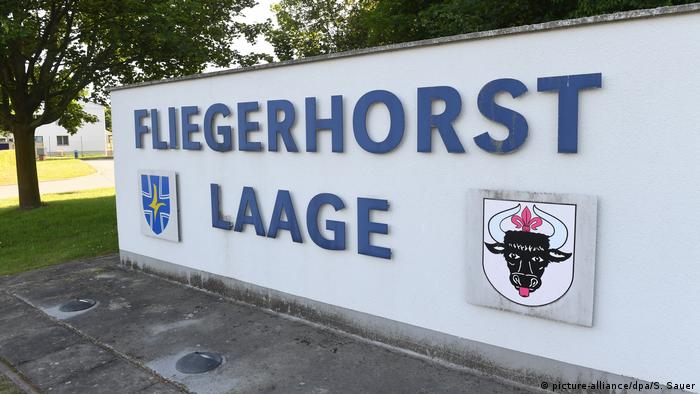 Pilots train to fly the Eurofighter at Germany's Laage Air Base

Other air force locations have similar problems. Only about two-thirds of the combat pilot positions are filled, according to a recent report by the government's parliamentary military commissioner, Hans-Peter Bartels.

Six pilots resigned in the first half of 2018, the German government said in response to a request by the Free Democratic Party, compared to 11 resignations over the previous 5 years. It seems the pilots were lured by lucrative salaries in civil aviation. The crash of two Eurofighters at the end of June that killed one pilot has hurt the German Air Force's image as an employer. For a long time, the shortage of junior staff could be blamed on a lack of flight experience because operational aircraft were scarce.

"The air force is at a low point," Air Force Inspector Ingo Gerhartz warned about a year ago shortly after taking up his post. Many fighter jets were not operational, spare parts were not available and servicing a Eurofighter often took longer than a year. Completely unacceptable, Gerhartz said at the time.

Since then, the situation at the Steinhoff air force squadron has greatly improved. Gerhartz's remarks appear to have made an impression on politicians and the defense industry. Lieutenant Colonel Gloystein says 70% of the 24 Eurofighters are now ready for training, and only the older models occasionally lack spare parts. But while there used to be a shortage of operational aircraft, the air force now lacks pilots — a problem that will likely keep Germany's military, the Bundeswehr, busy for years to come. 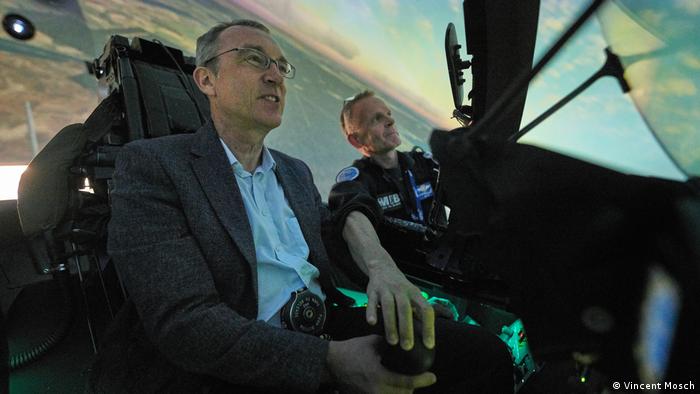 Pilots in Laage can fly without making a sound in one of the two "Full Mission" flight simulators located in large dome-like halls. In original Eurofighter cockpits, the landscape, the sky, the pale sun and the attacking plane are projected onto a surrounding screen. It all looks amazingly real. Twenty-nine experts, 16 of them former flight instructors, supervise the simulator training. It is the best system in the world, they say.

Bundeswehr pilots must meet the target of 180 flight hours per year, according to NATO regulations — of those, 40 hours can be completed in a simulator. Only about 58% of German pilots currently meet these requirements for NATO responsiveness. Laage Air Base hopes to remedy the situation by adding two new flight simulators that would allow pilots to better practice critical situations in the air.

Germany's air force fully relies on Defense Minister Kramp-Karrenbauer, who has promised to push for more money for the country's military.