Since 2016 the German military — the Bundeswehr — has planned to provide troops with new combat boots. Now soldiers must wait longer to be properly equipped, something one member of parliament described as "grotesque." 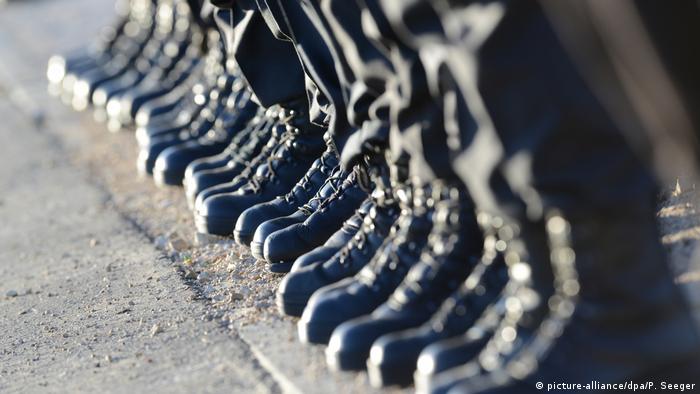 German troops will have to wait until 2022 to receive new combat boots due to "limited production capacity in industry," media reported.

The inability of the Bundeswehr to equip soldiers with basic footwear adds to a series of scandals over lack of equipment and questions over combat readiness in the NATO member.

Since 2016, the Bundeswehr has planned to provide soldiers with two pairs of "heavy combat boots" and one "light combat boot," instead of a standard "all-season boot."

The rollout was to be completed by the end of 2020, but has now been pushed back to mid-2022, Berlin daily Tagespiegel reported, citing a Defense Ministry response to a parliamentary inquiry.

The Defense Ministry told the newspaper: "Due to limited production capacity in industry the schedule could not be kept."

According to the parliamentary inquiry, around 160,000 of 183,000 soldiers have received their first pair of heavy combat boots. However, troops have not received the second pair.

Only 31,000 soldiers have been issued the light combat boot.

"It seems quite grotesque that it takes eight years to equip troops with new footwear," said Marie-Agnes Strack-Zimmermann, a member of parliament from the opposition Free Democrats who requested the information from the Defense Ministry.

"After all, this is not a question of fashion but one of safety. Imagine firefighters extinguishing fires in slippers," she said.

Soldiers have complained about the comfort and quality of the standard-issue all-season boot. Some buy their own boots, which is against regulation but often permitted.

The extended waiting time for the new combat boots was criticized by the Commissioner for Armed Forces, Hans-Peter Bartels, in his most recent annual report.

"Unfortunately, the output process slightly diminishes morale," he noted. "Recruits, according to the perception of many senior soldiers, would be treated preferentially in the issue of new models."

Seasoned soldiers, who still get the previous model when exchanging boots, feel like second-class soldiers, he said.

External consultancy cost Germany’s Defense Ministry almost as much as all 13 other ministries put together in recent months. The opposition Left party says advisers treat the military as an "El Dorado." (08.08.2019)