A pilot has died after two German military jets crashed in the northeastern state of Mecklenburg-Western Pomerania. The planes were flying on a mission out of a major training center for the German air force. 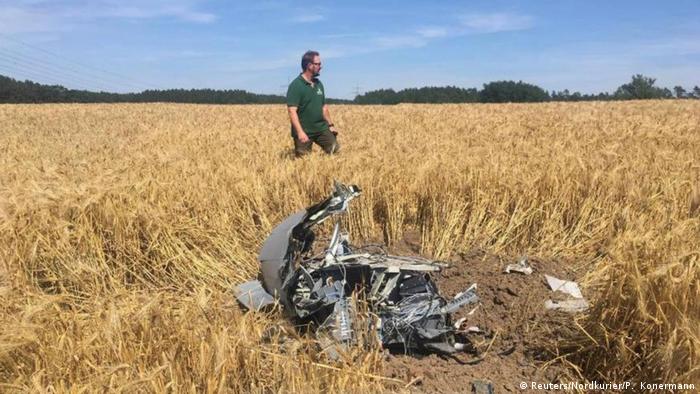 Both pilots ejected and one of the pilots was found alive, hanging in a tree canopy after deploying his parachute.

The other pilot was pronounced dead; police found human remains in the area.

The pilots were part of a trio of Eurofighters flying a mission out of Laage, near Rostock on Monday.

They were part of the Tactical Air Force Wing 73, known as "Steinhoff," a fighter wing that specializes in general air defense and is the chief training center for pilots of the Eurofighter Typhoon in Germany. 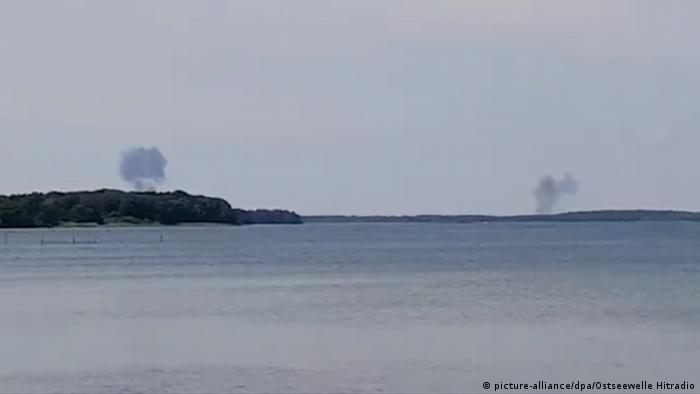 After the crash, two plumes of smoke could be seen about 10 kilometers apart

'Today is a day of mourning'

Defense Minister Ursula von der Leyen has announced there would be an investigation into the incident.

"Today is a day of mourning and anguish over the loss of our soldier," she told journalists after visiting the crash site with state Interior Minister Lorenz Caffier. "We share in the grief of the relatives."

Witnesses shared video footage of smoke billowing from two sites reportedly about 10 kilometers apart. Reports emerged that the wreckage had caused fires but that the flames had been extinguished.

At least part of the wreckage fell on the area of Malchow, with police warning locals not to approach. The Luftwaffe said the aircraft were not carrying ammunition.

Estonia's military is looking for a potentially armed missile after a Spanish fighter jet accidentally fired it during an exercise. Though the missile should self destruct in such cases, it may have landed on the ground. (08.08.2018)

A pilot died when his F-18 fighter plane crashed during takeoff from the Torrejon military base outside Madrid, Spanish defense officials have said. Spain has faced two deadly fighter jet incidents in less than a week. (17.10.2017)