Germany: Refugees sue the government for invasion of privacy

A law that allows Germany's migration authorities to access refugees' phones will now be challenged in court. Three refugees — from Syria, Afghanistan and Cameroon — have decried what they see as a violation of rights. 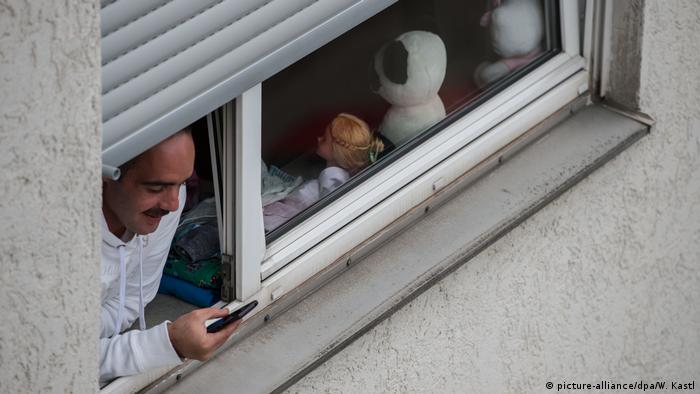 A group of refugees has sued the German government for accessing personal data on their mobile phones, which they said constituted an unnecessary invasion of privacy, a lawyer for the group confirmed on Tuesday.

The lawsuit was filed by Berlin-based Society for Civil Rights (GFF), which argued that the German state had violated the refugees' human rights.

GFF lawyers said the suits were filed in the cities of Hanover, Berlin and Stuttgart on behalf of three refugees from Syria, Afghanistan and Cameroon, according to reports from German Funke media group newspapers.

Under a 2017 law, which was put in place to prevent asylum fraud, authorities are legally allowed to examine the phones of asylum-seekers who lack valid identity documentation.

"The BAMF (Germany's ministry for migration and refugees) is disregarding the strict constitutional rules by which the state must abide when accessing personal data," said GFF lawyer Lea Beckmann.

The information from the phones allowed the office to draw "comprehensive conclusions about the refugees' user behavior," GFF noted.

A BAMF spokesman said the ministry conceded that checking mobile data was an intrusion, but said every case was determined by strict rules.

"A mobile phone is often the only, or a very important, source to establish the identity and nationality of people entering Germany without a passport or identification documents," the spokesman said.

Germany: Half of refugees find jobs within five years

Integration and German language courses are improving refugees' chances of finding work, a new study has revealed. However, gender imbalance and the quality of employment are still issues. (04.02.2020)

A new survey has said the majority of refugees feel welcomed by their fellow German neighbors. The study correlates a good level of German language abilities with overall improved professional and social integration. (18.02.2020)

COVID-19 is spreading in Germany's refugee homes and lockdown measures are putting people who are already traumatized under increased stress. The authorities are still looking for ways to handle the virus' spread. (10.04.2020)