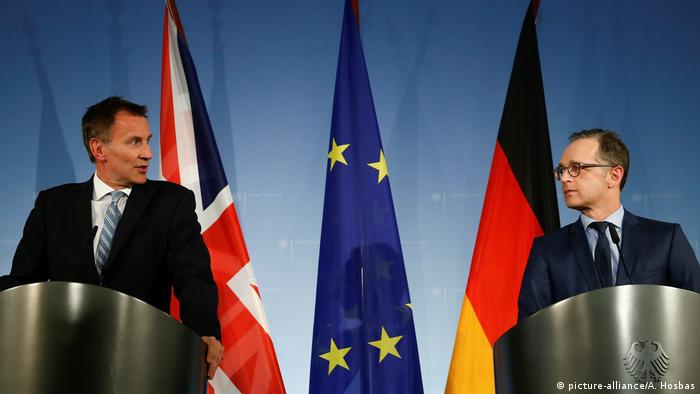 A decision on lifting the ban would "depend on developments in the Yemen conflict" and whether measures agreed to in recent peace talks enter force there, he said.

Speaking alongside Maas, Hunt said actions such as Germany's would not help the Yemeni peace process.

"In fact we worry that it would do the opposite — it would reduce our influence on that process," he said.

Prior to the meeting, German magazine Der Spiegel reported that Hunt had sent a letter to Maas on February 7 warning him that Germany's ban undermined common European defense projects and the ability of NATO allies to fulfill commitments.

Germany decided in November to stop arms exports to Saudi Arabia  — one of the world's largest weapons markets — after the assassination of Saudi journalist Jamal Khashoggi at the kingdom's consulate in Istanbul.

The move came after Berlin had already put restrictions on future arms deals with Saudi Arabia due to the country's involvement in the war in Yemen. The arms sales restrictions do not impact previously approved deals, but the government has urged the industry to refrain from shipments for now.

Germany accounts for a small fraction of Saudi weapons imports, but it makes vital components for other countries' arms industries to fulfill contracts.

In the letter seen by Der Spiegel, Hunt said British defense firms would not be able to fulfil several contracts with Riyadh, including the delivery of Eurofighter Typhoon and the Tornado fighter jet. Both are made with parts produced by Germany's arms industry.

"It is imperative that you immediately remove major European defense projects such as the Eurofighter and the Tornado from the arms embargo," Hunt wrote. Otherwise, Berlin risked "a loss of confidence in the credibility of Germany as a partner."

Also impacted by the arms sale ban are export licenses for parts of the Meteor long-range air-to-air missile, intended to equip the Royal Saudi Air Force's Eurofighter Typhoon. The Meteor is built by European missile specialist MBDA, which is a subsidiary of Airbus, Britain's BAE Systems and Italy's Leonardo.

Made in Germany - Weapons

The British foreign secretary said that German arms manufacturers could lose €2.3 billion ($2.6 billion) in revenue by 2026 due to the export ban.

Airbus Chief Executive Tom Enders said in an interview at the weekend that Germany's unilateral arms export policy was damaging plans for a common European defense policy and undermining the arms industries of NATO allies.

"It has been driving us crazy at Airbus for years that when there is even just a tiny German part involved in, for example, helicopters, the German side gives itself the right to, for example, block the sale of a French helicopter," said Enders.

He warned that the company might need to develop "German-free products" in the future. 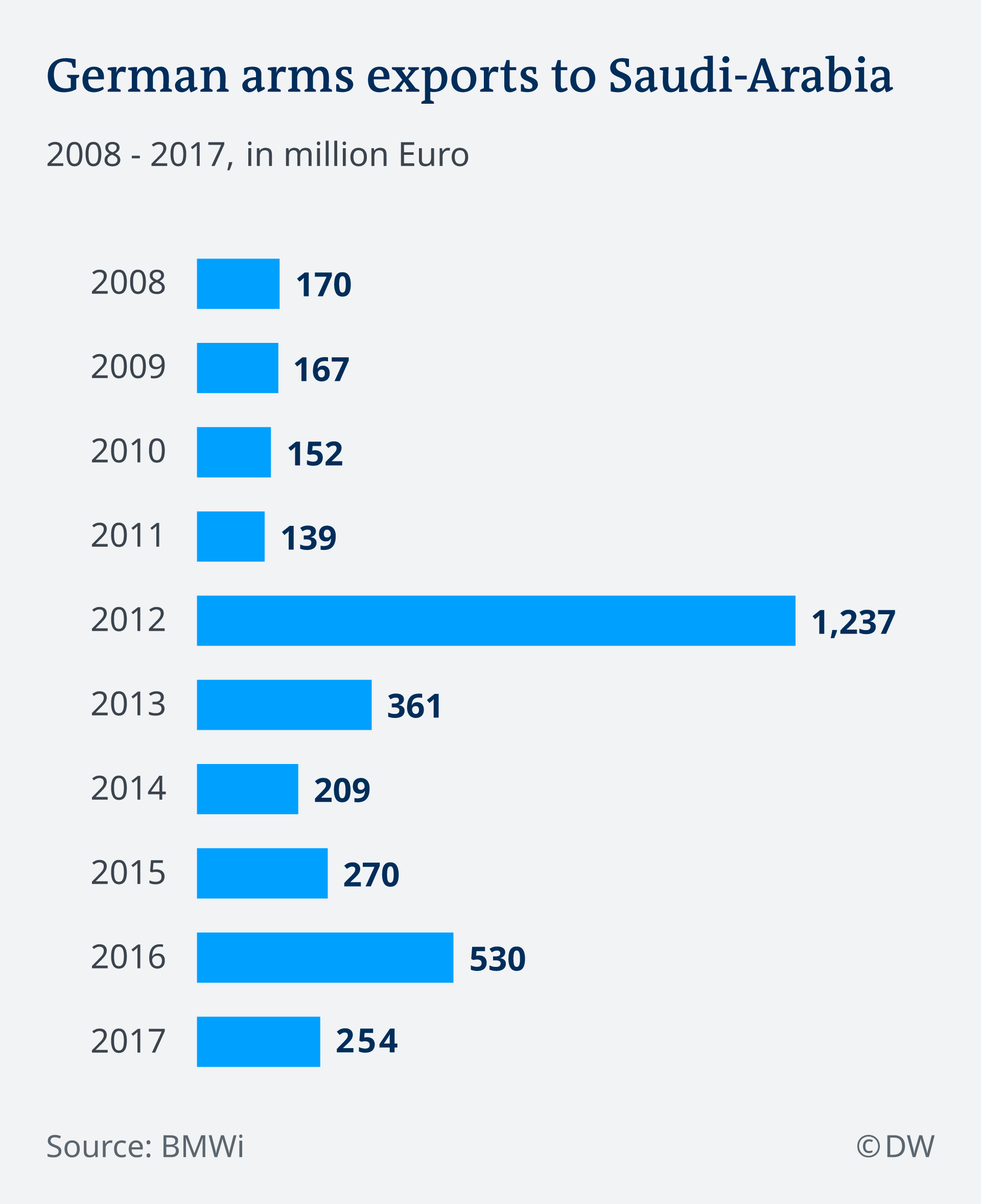 Saudi women who have fled to Germany to request asylum continue to live under threat from their families. DW spoke with four such women and human rights experts who suspect the Saudi Embassy's involvement. (19.02.2019)