Germany's finance minister said failure to secure a "convincing solution" may risk government stability. Chancellor Angela Merkel has called on the private sector to take up the "Herculean task" to combat climate change. 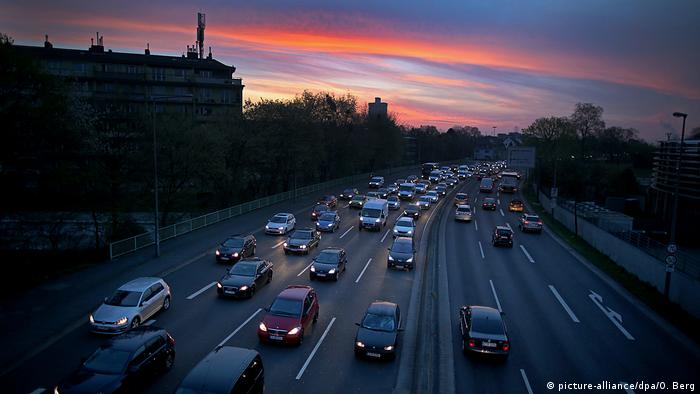 Proposals call for tax breaks and subsidies to bolster electric car purchases, the construction of new cycle paths, improving public transportation, promoting alternative fuels and overhauling the railway network, among other measures, to tackle the destabilization of Earth's climate system.

Up to €75 billion ($83 billion) could be spent by 2030, according to a proposal from the Transport Ministry seen by the Munich-based daily Süddeutsche Zeitung and the German dpa news agency.

In a guest commentary for Die Welt newspaper, Transport Minister Andreas Scheuer said on Thursday that government funds would be necessary because few people would want to absorb the costs of combating climate change.

Scheuer said it is arrogant to call for drastically increasing petrol and heating costs and banning all cars from cities, saying it doesn't account for the various lifestyles that exist in Germany. He said he is against compulsory fees and tax increases.

But the government appears divided on how to balance regulation, incentive programs and a tax on CO2 emissions.

The Social Democratic Party (SDP) has made clear that a climate protection package could make-or-break its coalition deal with German Chancellor Angela Merkel's Christian Democrats (CDU) and their Bavarian sister party, the Christian Social Union (CSU).

"If we fail to find a convincing solution, the government loses its legitimacy," said Finance Minister Olaf Scholz of the SPD. At a meeting with EU finance ministers on Friday, Scholz said member states needed to take "drastic steps."

Merkel on Thursday urged automakers to take up the "Herculean task" of creating more sustainable travel options in order to meet domestic and international climate targets by 2030.

"High mobility will have its price if more efficient, climate-friendly vehicles are not manufactured," Merkel said during her opening speech at the International Motor Show Germany.

The government is expected to put forward a program that would ensure Germany meets its targets on tackling climate change by September 20.