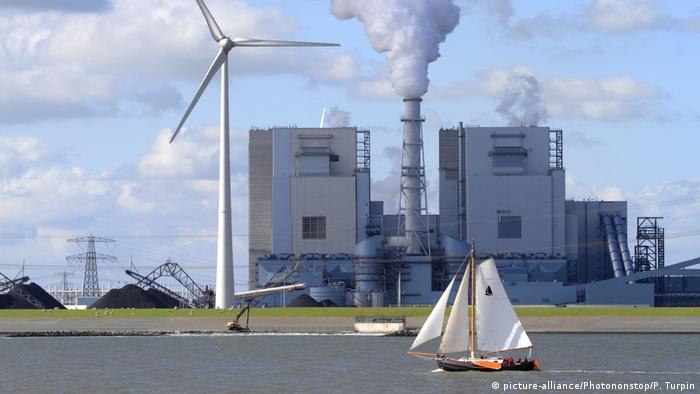 Both countries are lagging behind on their emissions targets, but Germany in particular is struggling to meet its goals. So far, Germany has reduced its greenhouse gas output by around 32% since 1990, but is likely to fall well short of the 40% target it set for 2020.

At home, Merkel has struggled to find a compromise between appeasing industry leaders and and taking on more drastic measures — like a carbon tax — that her environment minister and climate activists say are necessary to prevent a global climate catastrophe.

In June, the Netherlands revealed its national climate accord after months of hammering out details in talks with industry and society stakeholders. The plan includes a goal to cut emissions by 49% by 2030 and to be carbon neutral by 2050.

As Merkel's government draws closer to revealing its own package of climate measures in September, DW has taken a look at the Dutch accord to see what tips Germany could borrow:

By the 2050 deadline, the Netherlands wants to make its electricity production entirely carbon neutral — phasing out coal over the next few years and closing the first coal-fired plant by 2020.

By 2030, the country hopes to generate 70% of its electricity from renewable sources, boosting offshore windfarms as well as expanding wind turbines and solar farms on land.

One of the most controversial measures — and the one that has proved difficult to agree with industrial giants in Germany — is establishing a carbon tax.

There will also be subsidies to encourage companies to switch to renewable energy as well as funding to boost research into the use of hydrogen and other sustainable fuels.

By 2050, 7 million homes and 1 million office and industrial buildings need to be rid of natural gas. At least 1.5 million of those homes need to be gas-free by 2030.

In order to accomplish this, homeowners and businesses will need to install better insulation and switch to renewable energy sources to heat and power their homes. The changes will be rolled out district by district, with neighborhood-wide consultations.

The Dutch government has acknowledged that the initial costs of making the switch will be high — particularly with a new energy tax system — but say that subsidies and lower energy bills will eventually offset the costs.

Innovative farming methods have helped the Netherlands become the second-largest exporter of agricultural products in the world. In order to make the sector carbon neutral, the government plans to implement better manure processing techniques to reduce emissions from livestock.

Specific plans have been set out for the country's sprawling greenhouses, including plans to modernize 300 hectares (741 acres) of greenhouse space per year and utilize geothermal heat.

All newly produced passenger cars must be emission-free by 2030, with the government offering incentives for electric vehicles. Some 1.8 million charging points are supposed to be built by 2030.

Already known for being a country of avid cyclists, the Netherlands plans to implement more measures to encourage bike use, including setting up more bicycle parking at train stations.

As climate change concerns grow, a new survey has found most Germans support raising flight prices and other measures to protect the planet. The Greens are currently polling on par with Angela Merkel's conservatives. (01.08.2019)