Are German businesses ready to swallow a CO2 tax? | Business | Economy and finance news from a German perspective | DW | 30.04.2019

Protecting the climate by charging firms for their CO2 production has had a rocky road. But now the German government seems to be backing just such a broad proposal. Businesses and consumers are in a holding pattern. 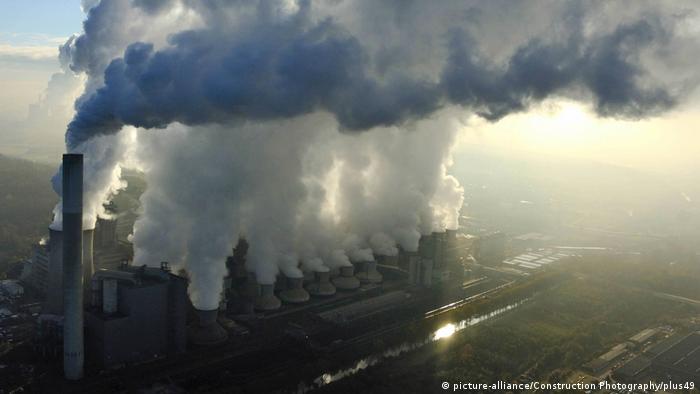 Slowly but surely the German government is bowing to global pressure to introduce a system to price carbon emissions. It was only around two weeks ago that Chancellor Angela Merkel said the government would make some decisions regarding its CO2 policy by the end of the year. Then suddenly on Sunday, it was reported that the economy minister had finally gotten onboard with ideas first proposed by Environment Minister Svenja Schulze.

Why the rush? In many parts of the world 2018 was one of the warmest years on record. Germany was no exception to this and its dependence on heavy industry has led to discussions on eating less meat and even the threat of introducing a speed limit on the famous autobahn.

Yet despite growing consensus about global warming, paying for carbon dioxide emissions has been opposed by businesses around the world. German businesses in particular fear extra costs for producing CO2 will hurt their global competitiveness, especially if only certain countries sign up. Plus it's just hard to explain to businesses and consumers why something that is odorless and invisible is actually harmful for the environment and that they should pay for it.

How would it work?

So far, there have been two ways used to tax carbon emissions: a codified tax or a more complicated cap-and-trade scheme. Denmark, Finland, France, Ireland and Sweden already have a carbon tax.

Merkel was careful to use the word carbon "pricing" instead of a carbon "tax," and within the German government there are proponents for both methods, but the majority seems set on the idea of a cap-and-trade scheme that would put limits on the total amount of certain greenhouse gases that can be emitted. Companies that produce less greenhouse gases would have leftover allowances that they can sell; ones that go over their limit can buy more.

Importantly, the new system would be an addition to the existing European Union Emissions Trading System (EU ETS) that was set up in 2005 and is in place in all EU countries.

Currently the EU ETS system only covers 45% of the EU's greenhouse gas emissions since it is limited to activities like power and heat generation, civil aviation and some energy intensive industrial sectors. This gap leaves a lot of room for more regulations. The German proposal would create a single price for carbon across the board and include more areas like construction, agriculture, transportation and the heating of buildings. 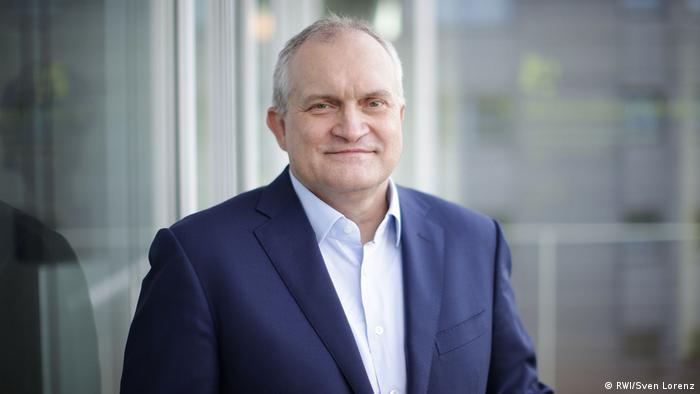 Christoph M. Schmidt, president of the RWI — Leibniz Institute for Economic Research and chair of the German Council of Economic Experts, points out that the form of any CO2 tax is still open and any consequences will depend on the details.

"In the ideal case, all fossil fuels are taxed to the same extent with respect to the associated CO2 emissions generated by their use. It should also be implemented simultaneously in a broad international alliance of economies against climate change, to prevent unbearable pressure on the competitiveness of German companies. And it should be combined with measures compensating the entirety of German households and companies for the increased cost due to the CO2 tax," he told DW.

Schmidt also said it is important that any CO2 tax not be imposed on top of costs already associated with the country's exit from nuclear and fossil fuel energy production. For businesses, a "well-designed CO2 tax should be used as a superior substitute for other, non-market measures, not as their complement."

How will it impact consumers?

The biggest hit to average consumers will be for transport and heating. And here, any price increases will impact the poor harder since they spend a larger proportion of their income on these basics.

Though it is on a lifeline, Germany still uses many fossil fuel-fired plants for power. Adding to the cost of that production will be passed on to customers. Electricity made by renewable sources like hydro, solar or wind power will be more attractive.

Thorsten Lenck, a senior associate at Agora Energiewende, a Berlin-based think tank, has looked into what taxing carbon in Germany could mean for consumers. "With a CO2 surcharge of €50 ($56) per ton of CO2, natural gas would be more expensive by 1 cent per kilowatt hour, heating oil and diesel by 13 cents per liter, and gasoline by 12 cents per liter. In the first year, the federal government would bring in additional revenue of more than €15 billion."

These billions could be used to reduce the current tax on electricity or be put toward more environmentally friendly power production or transport. "Alternatively, the more than €15 billion could be given back to citizens as well as companies. Each and everyone would receive €120 a year," Lenck told DW. Adding that a hybrid model that combined parts of both was also possible, but it was important that whatever is agreed upon is revenue neutral, socially balanced and does not hurt competition.

The government has also made it clear that any cost increases would be offset by tax decreases in other areas. But designing tax credits for individuals and businesses that exactly match tax increases in so many diverse areas of the economy will be nearly impossible. And so many businesses will be impacted that knock-on effects will be hard to quantify, especially when some of the biggest unregulated CO2 emitters are the cement, steel and chemical industries.

Some economists like Dieter Helm from the University of Oxford see the situation in yet another light and argue that countries should be charged for carbon consumption instead of production. A perfect example of this is the UK and increasingly Germany, countries that continue to outsource their manufacturing to other places — and therefore still benefit — while focusing more on service industries at home.

There are a lot of challenges ahead for companies that produce carbon emissions as part of their daily work and Dieter Kempf, president of Germany's Federation of Industry (BDI), warns against moving too fast. "The concrete implementation is not as easy as many miracle concepts promise," he wrote in a statement. "It must provide CO2-based price signals for sectors not yet in the EU Emissions Trading Scheme in combination with other steering systems."

According to the International Energy Agency's 2018 Global Energy & CO2 Status Report, energy production and consumption both increased in 2018. Worldwide consumption was up by 2.3%, a rate "nearly twice the average rate of growth since 2010, driven by a robust global economy as well as higher heating and cooling needs in some parts of the world."

Overall, fossil fuels made up 75% of the mix, while the use of renewables increased and accounted for around 25% of global power output. Despite this increase in green energy, global CO2 emissions increased 1.7% to a new high, thus increasing pressure on governments and businesses.

We will have to wait for the German government's concrete plans before calculating the costs to businesses and customers. Until then, people may have time to get used to the idea of paying for something they cannot see or hold even though it is everywhere.

We've all heard of wind and solar power, but what about things like piezoelectricity or carbon capture? Researchers are always looking for new clean solutions in the hope that one or other of them will go mainstream. (08.03.2019)

A Tesla Model 3 has a worse life-cycle carbon footprint than a similar-sized Mercedes diesel car, the renowned German think tank has found. It warns that electric vehicles are "no panacea" against climate change. (25.04.2019)