A council of economic experts advising the government says the German government should put a price on CO2 emissions. It would be 'economically efficient' and should be a key part of climate policy, advisers say. 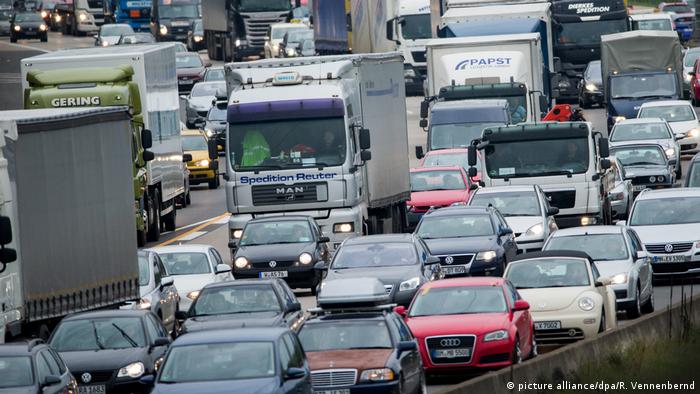 Germany should put a price on carbon dioxide produced by heating and in the transport sector to help the country meet its international climate obligations and own targets, a council of economic experts said on Friday.

It did not say exactly what form such a measure should take, saying that emissions trading and a CO2 tax were both possible.

But the council did recommend that the state should return any revenue gained to citizens, possibly as a lump sum or by lowering taxes on electricity. Money from any CO2 tax should also be used directly to help pay for measures aimed at combating climate change, it said.

It said that such national measures should be only temporary, with the final goal being an EU-wide extension of carbon pricing to include heating and transport.

The head of the council, Christoph Schmidt, said CO2 pricing should be seen as a "central instrument in climate policy."

He said Germany now had the "historic chance" to show that climate targets "could be reached in an economically efficient way and without too much social disruption."

Suggestions regarding the pricing of CO2 have, however, previously met with criticism by a number of German politicians, notably from Chancellor Angela Merkel's conservative CDU/CSU bloc. They fear that national measures could negatively impact Germany's competitiveness in international markets.

On receiving the experts' recommendations, Merkel herself said they were an encouragement "to go down the market-based path" rather than relying solely on edicts.

She said the recommendations would be discussed on July 18 by the climate cabinet.

"These are not easy decisions. We want to make them in the government by the end of September," she said.

Environment Minister Svenja Schulze told the Funke Mediengruppe alliance of newspapers that she supported a "socially-fair CO2 tax" that would give the money back to citizens.

"The scientific evidence is on the table," Schulze said in remarks slated for publication on Saturday. "Now is the time for good politics."

Deutsche Post chief Frank Appel told the Rheinischen Post that if such measures were taken at a European or global level, it would allow companies to strategically invest in limiting CO2 emissions.

The German Association of Energy and Water Industries (BDEW) called the council's report a "very good basis for the decision to introduce CO2 pricing."

However, the environmentalist organization BUND (Friends of the Earth Germany) criticized the recommendations as not concrete enough, saying the council had simply "reiterated its well-known ideological stance favoring market self-regulation and against state measures."

German Cabinet ministers oppose the idea of a tax on CO2 in the past include Economy Minister Peter Altmaier and Transport Minister Andreas Scheuer.

Twelve countries in the EU have already introduced national CO2 pricing in addition to the trade of emissions already established for the energy sector and parts of industry at the European level, according to the development organization Germanwatch. The Netherlands will become the 13th country in 2020, according to the organization.

In September, the German government intends to finalize measures aimed at ensuring that its 2030 goal of emitting 55% less greenhouse gases than in 1990 is achieved. Germany is lagging behind the climate targets to which it has committed both under the 2016 Paris Agreement and at a domestic level.

Trucks and buses make up almost a third of all CO2 emissions in the transport sector. There’s growing acceptance that this needs to change if the climate protection targets are to be achieved by 2030.