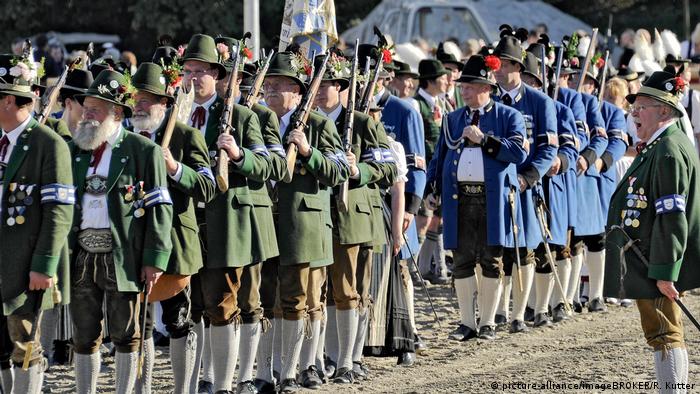 "There are hundreds of clubs throughout Germany, such as archery guilds or sports clubs, which allow only men," the Social Democrat (SPD) politician told Bild am Sonntag newspaper.

"Clubs that basically do not accept women are not charitable in my view," he said, adding that they should have no tax benefits and should not be able to issue donation receipts.

"We are changing the nonprofit law," Scholz told Bild.

Scholz is currently standing as co-chair of the SPD, along with Klara Geywitz.

Geywitz has already vowed that as party leader, she would ensure that women take up half of the seats on SPD committees.

Scholz's comments chime with a 2017 legal case when the Federal Finance Court ruled that a masonic lodge that had excluded women could not be classed as a charity.

The court said the lodge had no overriding reasons for refusing to accept women members.

It was speculated at the time that the court's decision could affect other men-only clubs. But despite the ruling, hundreds of single-sex sports, music and educational groups continue to enjoy tax breaks.

Recognition of nonprofit status is a prerequisite for tax breaks. Charities are exempt from turnover or value-added (sales) tax and members can offset their donations against their income taxes.

Germany's government wants to finalize its plans to increase pensions for low income earners by Sunday. DW spoke to one retiree about living below the poverty line and how such a plan could improve his quality of life. (09.11.2019)

Germany has commemorated 30 years since the fall of the Berlin Wall on November 9, 1989. Born into a Europe without the Iron Curtain, DW's Kate Brady assesses the "new walls" in a Germany divided over identity. (09.11.2019)