Poverty after retirement: How a German pensioner makes ends meet | Germany | News and in-depth reporting from Berlin and beyond | DW | 11.11.2019 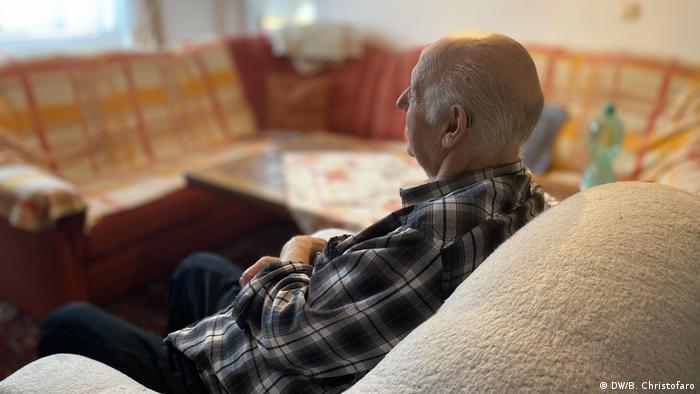 Sitting in a cafe and enjoying a piece of cake: This is what Hans Rudolf W. misses about his life before retirement. He never imagined that this type of outing would turn into a luxury he could not afford anymore.

Now the 77-year-old spends most of the time in the apartment that he shares with his wife in the western city of Bonn. With its cozy sofas and lace curtains, the one-bedroom feels like a standard senior household in Germany. But the couple’s money is tight, covering only essentials like food, utilities and insurance.

"Ever since my wife had brain surgery, she doesn't eat very much. And I don’t eat very much either," he told DW. "So in that sense, we can make ends meet."

A lifetime of work, a retirement of poverty

Hans Rudolf W. started working straight out of high school — first at a bank, then as a taxi driver and a custodian. But when he retired in his sixties, all that was left to show was a monthly pension of €335 ($369), which amounts to barely a third of the German poverty threshold.

He immediately requested government help to attend his basic needs. The state now pays him roughly €300 and covers his half of the rent. His wife's welfare covers the other half.

A plan to increase pensions

Cases like these are becoming increasingly common in Germany. Nearly 17% of pensioners are at risk of being poor, according to the German Institute for Economic Research, with half of them seeking government assistance. The numbers will only keep growing. Because pensions are directly tied to the income Germans earned, the retirees who suffer the most are the ones who were part-time workers or those with low salaries.

But on Sunday, Germany's ruling coalition approved a plan that could ease the burden for many of these seniors. The government agreed to implement a basic pension level for low earners who paid into the pension system for at least 35 years. The new plan is set to start in 2021.

The basics of the plan had been previously approved, but the parties that make up the ruling coalition had long disputed one key component: Angela Merkel's Christian Democrats (CDU) wanted to "test" if pensioners who apply for the help truly need it, or if they have savings or a financially stable partner, for example. The CDU's junior coalition partner in the government, the Social Democrats (SPD), originally drafted the plan and had opposed such a test.

On Sunday, the parties agreed to implement the plan and include a "reasonable" income review as part of the conditions to receive the basic pension.

Between 1.4 and 1.5 million people would be eligible for the benefits, said Malu Dreyer, acting head of the SPD. Women in particular are set to benefit from the deal, she noted, estimating that four out of five recipients will be women. The plan would also benefit low-earners who brought up children or looked after relatives. 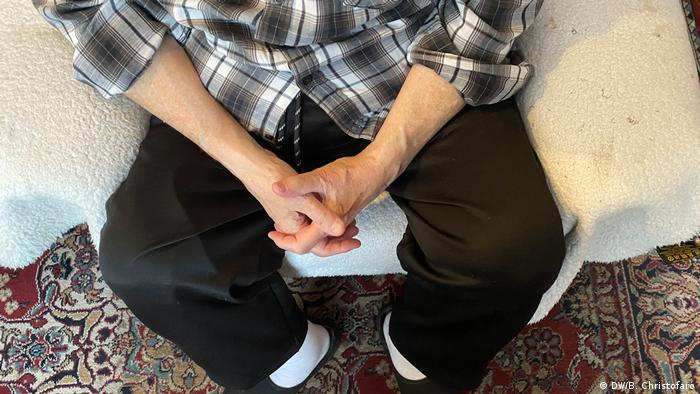 Hans Rudolf W. spends most of his time at home — but wishes he could afford take his wife out for a treat downtown

Getting off social welfare

Hans Rudolf W. told DW prior to the agreement being struck that he wanted the basic pension scheme with or without the test. He already has to prove to the state that he is in need of extra money anyway, by showing his savings, insurance and confirmation that he no longer works.

For him, the most important thing is getting a boost to his income high enough to replace the welfare he relies on right now. "I'm not embarrassed to get government help," he said. "But still, there’s always this aftertaste when you say you’re getting social welfare."

Hans Rudolf W. considers himself lucky despite the circumstances. Unlike thousands of other retirees in Germany, he does not have to go to the food bank. Sometimes when he does have extra expenses he cannot cover, he turns to local community assistance organizations, which can fill the void for needs like new clothes or mattresses.

Most importantly, he does not feel isolated. He has children, grandchildren and a great-grandchild who visit him often, he said, pointing to his shelves lined with photos of smiling relatives.

Still, it would bring him some much-needed relief to qualify for the basic pension scheme once it is introduced in 2021. "The first thing I would do is take my wife into town," he said. "We haven’t been there in a while."

Germany's prosperity has often been pinned on its form of business responsibility known as the "social market economy." It moved with the times and withstood German unification, but can it hold up to today's challenges? (02.10.2019)