After hours of negotiations, the German government has reached a compromise on raising pensions for low-income retirees. Merkel's conservatives and the center-left SPD had been deadlocked over the issue for months. 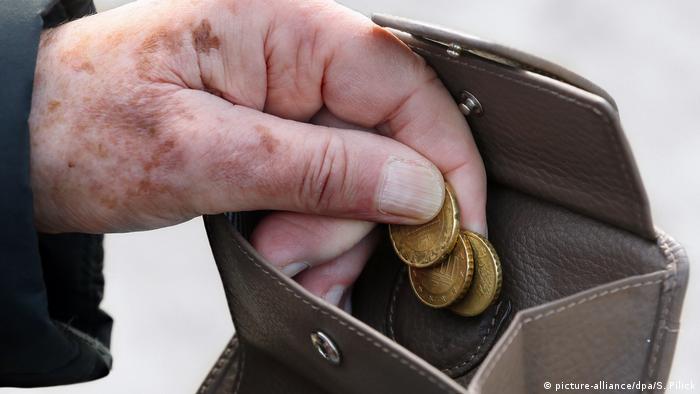 The German government struck a deal on Sunday to guarantee a basic pension for low-income workers after months of rising tensions over the issue that threatened to spark a government crisis.

Chancellor Angela Merkel's center-right Christian Democrats (CDU) and their Bavarian sister party, the Christian Social Union (CSU), had been butting heads with their coalition partner, the center-left Social Democrats (SPD), over how to execute the plan.

In the future, people who receive small pensions despite paying into the system for decades should expect to receive more money.

Pensioners will have to undergo an income review in order to qualify for the extra payments, CDU leader and Defense Minister Annegret Kramp-Karrenbauer said at a press conference in Berlin.

"It is a good, reasonable result," she said. The CDU previously pushed for a "means test" where applicants and their partners would have to disclose their complete finances, arguing that only those who were really in need should receive support.

Malu Dreyer, the acting head of the SPD, hailed the deal as a "milestone." Deadlock over the basic pension plan and plummeting results in state elections had led SPD members to threaten to quit the coalition.

The compromise was agreed after over five hours of negotiations between party leaders.

What is the basic pension?

The German government has agreed to introduce a "basic pension" so that people do not become welfare cases after a long and sometimes difficult working life earning low wages. The plan would also benefit low-earners who brought up children or looked after relatives.

The basic pension constitutes an additional payment that would come on top of a retiree's pension payment — ensuring that they receive enough money to cover more than just the basic costs of living.

Applicants must undergo an income review in order to be eligible.

The plan is due to take effect in January 2021.

Between 1.4 and 1.5 million people would be eligible for the benefits, Dreyer said. Women in particular are set to benefit from the deal, the acting SPD chief said, estimating that four out of five recipients will be women.