The number of people visiting food banks in Germany has increased by 10%. The non-profit Tafel organization is taking Germany to task for neglecting its most vulnerable and wasting massive amounts of food. 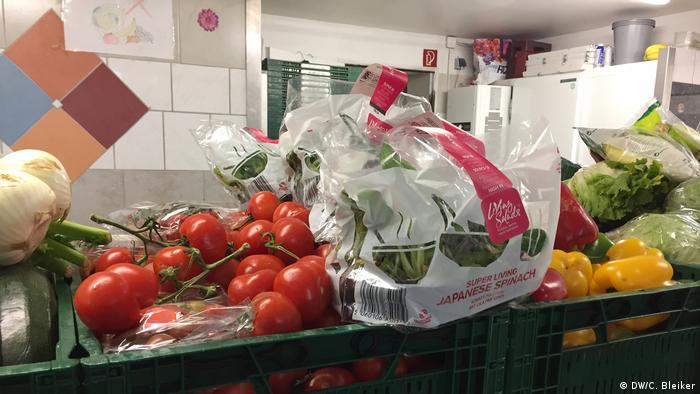 The leader of Tafel, Germany's umbrella organization for food banks, warned on Wednesday that they were in danger of being "overrun" if the country does not do more to combat poverty amongst the elderly. The number of people relying on food donations has increased to 1.65 million in the past year, a 10% increase overall, and 20% increase among people 65 and older.

"This development is alarming — old-age poverty will overrun us in the coming years," said Jochen Brühl. He added that the increase in the number of children and adolescents needing to use food banks was also on the rise, which is "completely unacceptable."

Part of the problem with younger people, he said, as that children who are not middle class and above are "systemically" neglected by Germany's rigid school system, which Brühl called the "most impermeable" among OECD countries.

"Anyone who is poor as a child has barely any chance to break the cycle of poverty," he said.

The uptick in needy individuals was the most significant climb across the country since 2014.

Tafel sharply criticized the amount of food waste Germany produces. The country throws away up to 18 million tons of food a year, according to the organization's estimates. An expansion plan created by food banks to help mitigate some of this waste and turn it into donations failed due to a lack of volunteers, money for refrigerated vehicles, and storage space.

The association has called for state support in the "rescue and distribution of food," but Brühl also emphasized consumer responsibility to purchase less food and to donate unwanted edible items.

The NGO in Essen has begun handing out membership cards to non-Germans for the first time since December. The food bank's manager expressed relief at hopefully staying out of the national spotlight in the future. (11.04.2018)