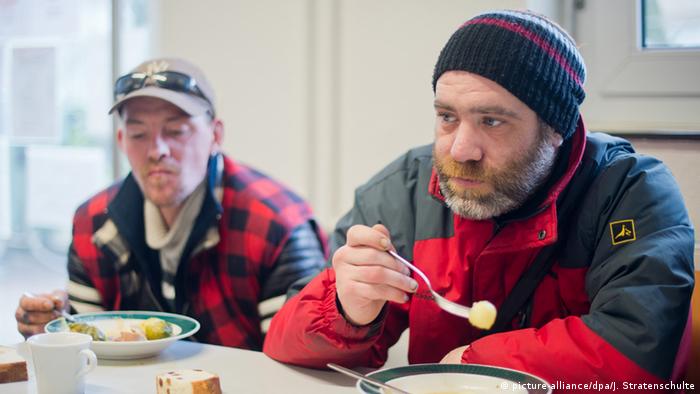 Germany's Paritätische federation, which represents 10,000 social welfare groups, warned Tuesday that nearly one in six of Germany's residents remained at risk of being trapped in relative poverty.

The term used across the EU refers to anyone, child or adult, who lives on less than 60 percent of the medium income as measured statistically. In Germany, that threshold is 917 euros ($1,015) per month for a single person and 1,192 euros ($1,310) for a single parent with a child under six.

Experts said the results overall continued to point to massive inequality in German society, despite glowing data such as Tuesday's announcement that export-driven Germany last year recorded its highest federal budget surplus since reunification, and despite its taking in 1 million refugees.

One in six below poverty line

In its latest summary, based on figures from 2014, the Paritätische said 15.4 of the population nationwide was stuck below the poverty line.

That was down a slight 0.1 percent on the level measured it 2013, but still up significantly on the 14 percent measured ten years ago, it said.

Highlighting child poverty, the federation said 19 percent of Germany's youngsters lived in relative poverty. Half of these were children living in a single-parent household.

And, at 15.6 percent, poverty among pensioners had for the first time risen above the nationwide average.

One in five Ruhr residents impoverished

Relative poverty had climbed to a record 20 percent in North Rhine-Westphalia's Ruhr district, once the motor of German heavy industry and now the scene of economic and urban redevelopment efforts.

Among Germany's 16 federal states or "Länder", poverty risk had declined in the city-state of Berlin and Mecklenburg-East Pomerania in northeastern Germany, the Baltic coast region that was once part of communist East Germany. 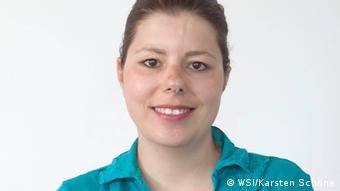 Despite record employment, poverty had not declined, said Dorothee Spannagel, a social expert who analyzed poverty trends for the trade union-affiliated Hans-Böckler Foundation.

She told the German news agency DPA that the gap in Germany between poor and rich continued to widen.

Spannegel said the so-called low wage sector involving menial jobs had become disconnected from overall economic gains. In addition, there had been a surge in individuals earning from their capital investments.

She pointed to 2013 data from the federal statistics office, showing that more than half or nearly 52 percent of net assets in Germany were owned by just ten percent of the population.

In a glaring contrast, half of Germany's population of 81 million owns only just over one percent of assets.

"That is a massive break in equal opportunity," said Spannagel, adding that an individual's chance of making it ahead had diminished and the risk of falling into poverty had grown.

In the 1980s, the risk of falling from the middle income milieu into poverty had been around 12 percent, she said. Since 2005, the risk had risen to 16 percent.

Oxfam and the public relations firm Edelmann warned that the world's widening gap between haves and have-nots since the 2008 global financial crisis was fueling the rise of populist politicians.

Oxfam said just 62 rich individuals possessed as much wealth as half of the world's population, amounting to 3.7 billion people.

It is simply unacceptable that the poorest half of the world's population owns no more than a few dozen super-rich people who could fit into one bus, said Winnie Byanyima, Oxfam's international executive director.

The theme of Davos was the "fourth industrial revolution" associated with trends such as biotechnology and robotics, which experts predict could wipe out many simple jobs.

How poor is Germany really? Staff at centers handing out food to the needy know the answer: Many people can't afford to eat properly. DW visited a center in Cologne that provides food for people to survive. (23.02.2016)