Despite a slowdown in the global economy, German exporters have been able to ship more goods abroad than ever before. A brief December dent was not enough to spoil the party over record-breaking full-year trade figures. 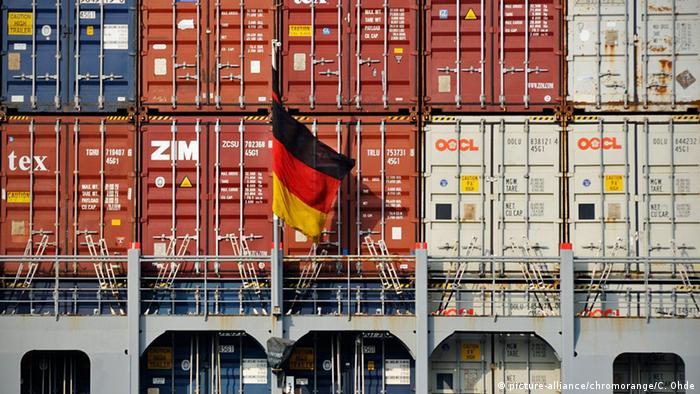 German exports clocked up 1.196 trillion euros ($1.34 trillion) in 2015, the German statistics office Destatis announced Tuesday, adding the figure was based on preliminary calculations.

If confirmed, the export volume would mark a new all-time, full-year record, marking a 6.4-percent increase from a year earlier.

What the figures also mean is that Germany logged its biggest ever trade surplus last year with 247.8 billion euros in its favor, topping the 213.6 billion euros booked in the previous year.

According to the statistics office, most German exports went to member countries of the European Union, which imported goods to the tune of 694 billion euros - or 7.0 percent more than in 2014.

While exports to the EU increased, fewer goods were exported to China, the world's second-largest economy, which is trudging through a period of economic slowdown, as well as Russia, which is suffering from economic sanctions and record-low oil prices.

"Despite a difficult year, German exports again proved very robust. It is especially encouraging that the figures showed steady growth both inside and outside Europe. The German economy is profiting from being well position globally, making it possible to offset slowdowns in Russia, the Middle East and in Latin America," said Anton Börner, President of the Federation of German Wholesale, Foreign Trade and Services (BGA).

"Towards the end of last year, industrial production experienced a bit of a lull," the German Economy Ministry commented. But it added that a recent pickup in factory orders made it confident the December dent would be short-lived.