The choir's right to artistic freedom is decisive, a Berlin court has ruled after the parents of a 9-year-old girl sued when she was rejected by the prestigious State and Cathedral Choir. 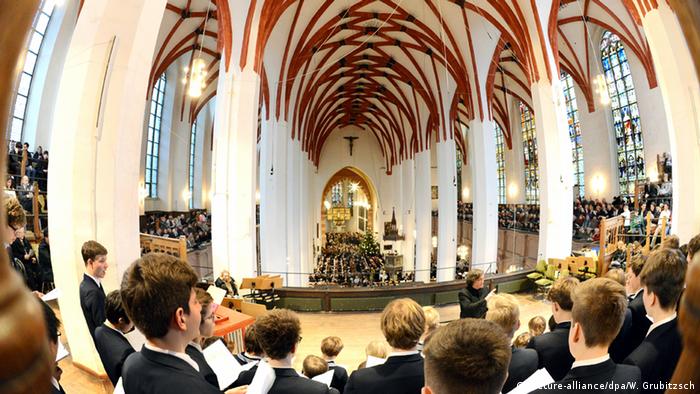 A Berlin court on Friday ruled that the city's renowned all-boys State and Cathedral Choir had not been sexist when it rejected a 9-year-old girl's application.

"The acoustic pattern of a choir is part of its artistic freedom," the presiding judge said. The court also found sufficient evidence of a "boys' choir sound."

The choir insisted the rejection was "not predominantly about her gender" and that she would have been successful had her voice "matched the desired sound characteristics of a boys choir."

The court did leave open the possibility to appeal, saying the case could serve as a "pilot."

A 9-year-old girl who was rejected by one of Germany's most renowned boys choirs sued the choir for gender bias.

The case sparked a national debate on equal rights versus artistic freedom.

Founded in 1465 by Frederick II, Elector of Brandenburg, the State and Cathedral Choir has not admitted a single female over its 554 years.

The young girl initially auditioned with the Berlin choir in March but was rejected.

The choir also claimed to be skeptical about being able to work with the girl's parents.

The girl's mother had brought the complaint on her daughter's behalf and said that the rejection was discriminatory "in an impermissible way," and infringed upon her right to equal opportunities from an institution receiving state funds.

The girl's lawyer, Susann Bräcklein, said that her young client applied to the choir in 2016 and 2018 and was rejected both times without being offered an audition.

The dean of the music faculty at Berlin's University of the Arts, with which the choir is affiliated, informed the girl in writing that "a girl will never sing in a boys choir."

Nevertheless, she was invited for an audition in March, only to be rejected again and told she had neither the motivation nor talent required to join the choir.

Germany divided over the case

The case has generated heated debate across German media regarding tradition, culture, talent and musicology versus gender equality.

Those siding with the choir argue that importance lies in the tone, not talent. Mixing the choir with females would end its traditional sound, they argue.

Hannah Bethke, a columnist for the daily Frankfurter Allgemeine Zeitung, said that "nobody has said girls can't sing as well… judging that should be left to the musicians."

She added that anyone who reinforces the "misunderstood gender equality here sacrifices a cultural asset."

Others remain adamant that the issue is one that stems from gender discrimination and backwardness.

Abbie Conant, an American trombonist who faced discrimination as a woman when she first started playing with the Munich Philharmonic in 1980, said that numerous studies reveal "even professional musicians cannot reliably hear the difference between a boys and a girls choir singing the same repertoire."

Conant also pointed out that boys choirs in other countries, including Britain, have already opened up to both sexes without legal disputes.

"Why would an enlightened society such as we have in Germany want to continue this kind of discriminatory tradition?" she said.

Adverts by cream cheese maker Philadelphia and car giant Volkswagen will no longer appear on UK television, the agency ruled. But both companies have insisted their adverts did not involve sexist tropes. (14.08.2019)