The Berlin Senate wants to make secondhand clothing and products the norm, rather than seen as items only for people in need. To do this, it plans on opening several secondhand department stores. 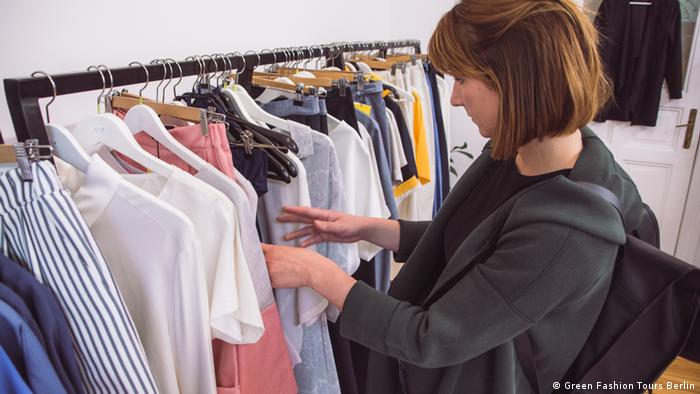 The Berlin Senate is hoping to bring secondhand shopping into the mainstream by showcasing used items in a chic shopping experience.

The idea is to encourage the public to move away from thinking that secondhand items are only for people in need or the environmentally conscious — and to make it the norm.

"We really want to go mainstream with the idea, of course you have secondhand shops but we want to bring this to a bigger scale and make it a really attractive place where people enjoy going," Dorothee Winden, a deputy press officer for the Senate's environment department, told DW. A secondhand pop-up shop, backed by the Berlin Senate, garnered interest in 2018

The Berlin Senate is currently looking for potential locations in the city for three to four of the so-called "department stores of the future” to maximize access and is seeking organizations to run them. The stores would also include repair shops to discourage throwing away items that could still be used.

A successful secondhand pop-up store was trialed last year, with the Senate Department for Environment, Transport and Climate Protection calling for people to donate their unused items, and even offering to pick up goods.

"Every household in Berlin has between 1,000 and 20,000 objects, and 244 objects are not in use but they're fully functioning," Winden said. "That shows we do have a lot of stuff in our homes that we don't need anymore — we're hoarding this stuff in the basement and someone might have good use for it."

A 2015 Greenpeace study also revealed that Germans had 5.2 billion pieces of clothing in their closets, 40% of which they rarely or never wear.

Winden said there were two main options for the style of the shopping centers: a department store such as Galeria Kaufhof or Karstadt, or a shopping mall.

As well as promoting recycled, repaired and sustainable items, ReTuna organizes events, workshops and lectures to educate people on sustainability and how to repair their belongings. This approach will be adopted by Berlin's secondhand department stores.

Arianna Nicoletti, the CEO and co-founder of Green Fashion Tours in Berlin, an organization that provides educational tours on sustainable fashion, said the secondhand department stores were an opportunity for the city of Berlin to take responsibility for consumer behavior.

Nicoletti told DW that the reselling of secondhand clothing had been "completely left in the hands of local charities such as the Berliner Stadtmission (Berlin City Mission) or Caritas," which did not have the capacity to process the hundreds of tons of clothes that they received.

Nicolette said Germans donate more than 1 billion pieces of secondhand clothing each year, but much fashion waste goes unseen; surplus clothing from chain stores like Primark and H&M that is in perfect condition is often not donated to charities, for example.

But some collaborations have been established, such as a partnership between the Berlin City Mission and Japanese retail giant Uniqlo. A couple of times per year the City Mission receives a delivery of unsold or returned clothes with small imperfections, such as holes or stains to sell in their secondhand shop. "But there should be more and more of these kind of collaborations," Nicoletti said, "and I don't see this happening, really." 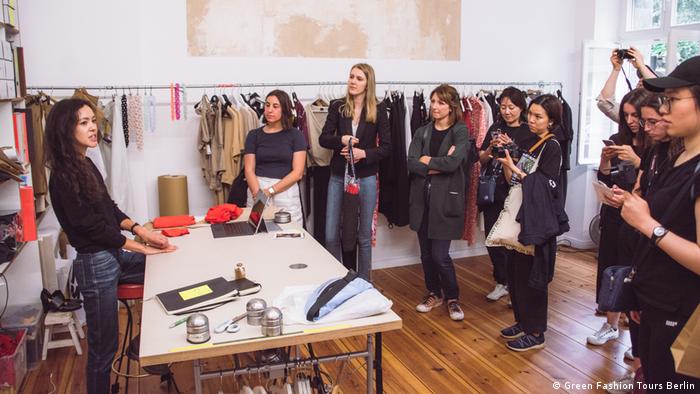 One pitfall of buying secondhand clothing is that the majority of it is mass produced, fast fashion, and the quality is often poor, which can shorten the garment's lifespan. An answer to this dilemma is buying sustainable clothing — but these brands often come with a hefty price tag.

Nicoletti said she often has young people in her fashion tours or workshops ask how they could buy such items on a modest budget and her answer is that, at the moment, secondhand is the best solution.

She also noted the digitization of the market via online platforms such as KleiderKreisel in Germany and online stores that let you rent clothing, which has made secondhand fashion widely available even if there is no physical store nearby.

On the other hand, purchasing a high quality, sustainable item can help change a person's relationship with clothing.

"If we really want to learn how to love clothes, how to keep clothes the longest in our wardrobes and take care of them, of course the only opportunity we have is to buy good quality," Nicoletti said.

Trash or trend – a mall for preloved items

Addressing established norms in African fashion, a Berlin exhibition features works demonstrating how sustainability can be found by revisiting traditional methods and crafts from the continent. (24.08.2019)

Giving up my filthy fashion habit

As a self-confessed fast fashion addict, DW reporter Jennifer Collins decided it was time to break her bad habit and scrutinize the environmental impact of the garment industry. She was shocked by what she learned. (13.01.2017)

Sustainable fashion made from saris