Germany grapples with its identity crisis on Syria | Middle East | News and analysis of events in the Arab world | DW | 14.03.2021

Germany grapples with its identity crisis on Syria

As the 10th anniversary of the Syrian revolution approaches, Germany's relationship with the war-torn nation remains historic — and complex. 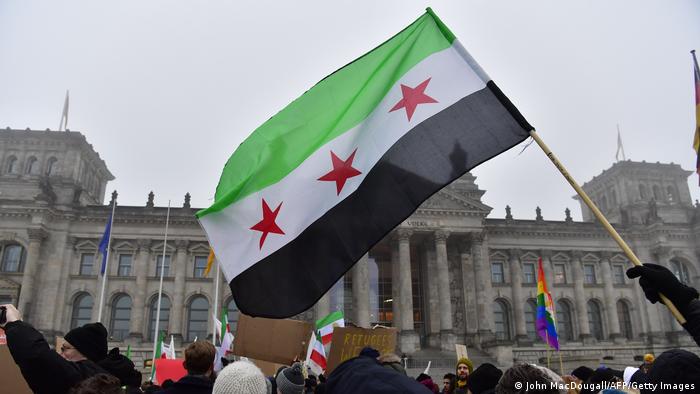 Last month, Germany became the first country in the world to convict a former employee of the infamous Syrian military intelligence under international law. The verdict was reached after months of testimony on systematic human rights violations in Syria.

Shortly before that though, Germany had made headlines when it became the first major European power to decide it was safe enough to send Syrians convicted of serious crimes back to their country. There are reportedly around 90 such Syrians in the country at the moment.

Both events are indicators of how complicated Germany's relationship with Syria and the around 800,000 Syrian asylum-seekers that have made their homes here since 2015 remains. 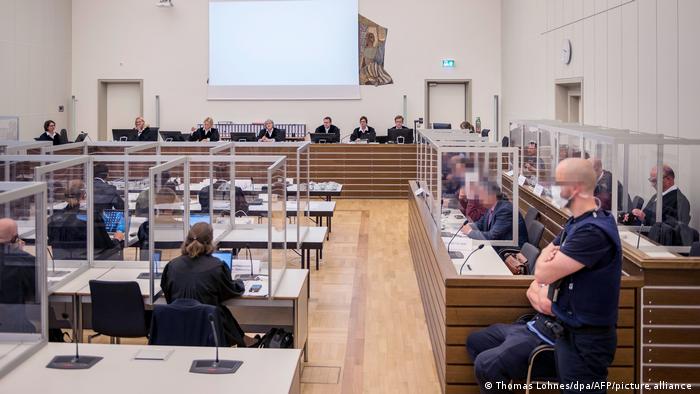 On February 24, judges at the Higher Regional Court in the southwestern German city of Koblenz, sentenced Eyad A., to four-and-a-half years in prison for aiding and abetting 30 cases of crimes against humanity.

The trial that involved Eyad A. is not over either. A more senior member of military intelligence — Anwar R., a former colonel who ran investigations at Branch 251, a notorious prison and security office — is also on trial for complicity in crimes against humanity. These consist of the torture of at least 4,000 people between 2011 and 2012.

Testimony by Syrian survivors and others proved there had been an "extensive and systematic attack on the civilian population," the judges in the Koblenz trial concluded in their verdict on Eyad A.

German politicians go the opposite direction

But even while the judges were hearing hours of testimony about human rights abuses by the Syrian regime, German politicians elsewhere were making contrary decisions.

In December 2020, the country's interior ministers allowed Germany's long-standing block on deportations to Syria to lapse. It had been in place since 2012 and until then, had been renewed every six months at both state and federal levels. At the end of last year however, the ban was lifted. The decision to maintain it must be confirmed by a majority vote and the interior ministers were divided along liberal and conservative party lines.

The decision was a crack in the dam, German human rights organization Pro-Asyl warned in December. There were fears among rights organizations that the decision would force Germany to resume diplomatic relations with the Syrian government at a senior level. That could have made Germany the first major European power to recognize the government headed by Bashar Assad again.

The Syrian regime "would be made socially acceptable," Günter Burkhardt, head of Pro-Asyl, cautioned. "Because without diplomatic relations, deportations are impossible."

Although Germany closed its embassy in Damascus in 2012, the country has never totally cut off relations with Syria, Stefan Talmon, a law professor at Bonn University's Institute for International Law, told DW. There is still a Syrian embassy in Berlin and there are clearly contacts at the administrative level, Talmon pointed out.

"It's a question of the intensification of the relationship. It's like a gas cooker," he said. "The flame can be turned down low, or up high. At the moment, the flame is still relatively small but it could be turned upwards." The highest flame would involve contact between German and Syrian politicians, the expert in international law explained.

As yet there has been no movement on this front. The German Foreign Office continues to describe the human rights situation in Syria as "catastrophic." 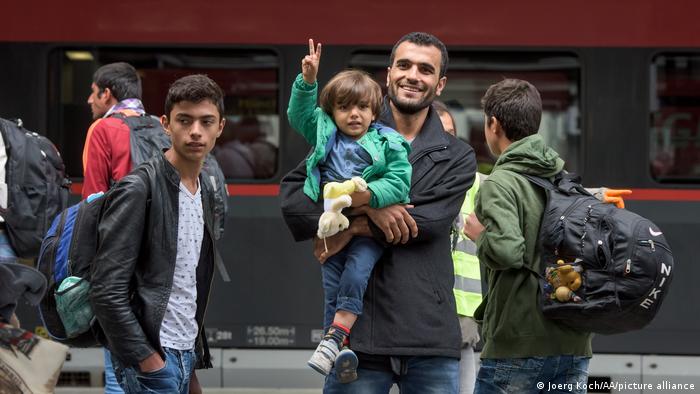 Around a million refugees arrrived in Germany in 2015

At the beginning of this month, the German daily, Taz, asked various government agencies, including some state governments, whether any deportations had taken place or were planned. There were none and some officials said they didn't think that local judges, who must sign off on deportation orders, would even agree to do so at the moment.

So how to explain Germany's apparently schizophrenic decision-making on Syria? "There are completely different branches of government at work here," explained René Wildangel, an expert on European relations with the Middle East and a former policy fellow with the European Council on Foreign Relations. "It's not an identity crisis, it's just that the German government has different institutions and organizations with different perspectives."

The decisions made by the interior ministers at state level don't set national policy, unlike the German Foreign Office, he told DW. "And it's an election year, and not just at the federal level," he explained, "so perhaps a more populist discussion isn't so surprising. Some people want to look tough — even though they're probably not sending anybody back [to Syria]. It's quite ridiculous."

Politicians who opposed the interior ministers' decision described it as unrealistic and having more to do with domestic politics, catering to populists and anti-immigration conservatives, than anything else.

Meanwhile the historic Koblenz court case, which has been underway for almost a year now, came from a different direction altogether and is almost happening outside of politics. The court case became possible because of a perfect storm of factors, including the arrival of thousands of potential witnesses of Syrian war crimes in 2015, when around one million asylum seekers entered the country, and the work of a dedicated war crimes unit within the Federal Criminal Police Office that has been engaged in investigations on Syria since 2011.

Additionally, as Jasper Klinge, a senior public prosecutortold journalists when the case began, "our historical responsibility means that we [Germans] must pursue this kind of case, as far as it is possible for us to do so.

Rule of law must apply

The two approaches — attempts to bring justice for war crimes and deportation — won't dovetail at all, Wildangel said.

Instead, researchers argue that cases like the one in Koblenz actually present a more sensible way forward, toward a Syria that refugees could eventually return to, and with which Europe could re-establish diplomatic relations one day.

"Any rapproche­ment with Damascus … should be dependent on concrete and verifiable political steps," Muriel Asseburg, a senior fellow at the German Institute for International and Security Affairs wrote in a July 2020 report on possible approaches to reconstruction in Syria. "For there to be any chance of success in this, impunity will have to be ended and rule of law strengthened." Asseburg added that there could be no relationships with those leaders who were complicit in war crimes.

"If you want a coherent policy on Syria, you need to talk about reconstruction in a multi-faceted way," Wildangel concluded. "One where you assess all the different actors there, and where you don't throw the civilian population under the bus, along the way."

The verdict of a court in western Germany is the first step toward justice in Syria. It also paves the way for verdicts in war crime trials worldwide, DW's Matthias von Hein writes.

Instead of migrating to EU, Tunisians build new lives in southern Africa

Rivers across Europe are too dry, too low and too warm