Members of the environmentalist Greens party have overwhelmingly voted to remove Boris Palmer from their ranks. The mayor had used a racial slur against soccer player Dennis Aogo. 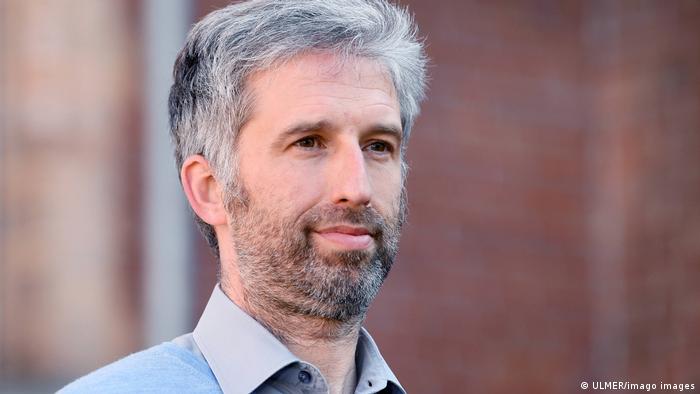 "The comments by Boris Palmer are racist and repulsive," says Annalena Baerbock

Leaders of Germany's Greens voted on Saturday to exclude the mayor of Tübingen from the party over his racist remarks in a social media post about a Black soccer player.

Boris Palmer, who has come under fire before for his comments on migrants and minorities, called former German player Dennis Aogo a "bad racist" in a Facebook post on Thursday, and used a racial slur.

His post angered members of his party, which is leading in opinion polls ahead of Germany's September elections.

"The comments by Boris Palmer are racist and repulsive," Annalena Baerbock, the Green's candidate for chancellor tweeted.

She said the mayor repeated "provocations, which exclude and hurt people,'' thereby losing the Green's support.

In a party conference in Baden-Württemberg, the state in which Tübingen is located,161 delegates voted in favor of expulsion proceedings for Palmer and 44 against. Eight members abstained.

"The time is ripe for this," Green Party state leader Oliver Hildenbrand said of the decision, adding that Palmer was polarizing public debate with "staged taboo breaches."

The mayor of Tübingen had also made controversial comments early on in the pandemic, saying that many people who had succumbed to COVID-19 would have died anyway.

"We may be saving people in Germany, who would be dead in six months anyway," Palmer had said in an interview.

Palmer's latest scandal comes just days after former Borussia Dortmund and Arsenal goalkeeper Jens Lehmann was relieved of his duties as a member of Hertha Berlin's supervisory board.

Aogo posted on Instagram a racist message which Lehmann had sent to him, seemingly in error.

The Green Party politician has received widespread praise for how she is representing Germany in the face of Russia's invasion of Ukraine. On International Women's Day, DW looks at how she has exceeded expectations.