Erwin Kostedde was the first Black player to represent Germany. On his 75th birthday, DW takes a look back at a recent interview where he discussed his struggles and those still facing Black German footballers today. 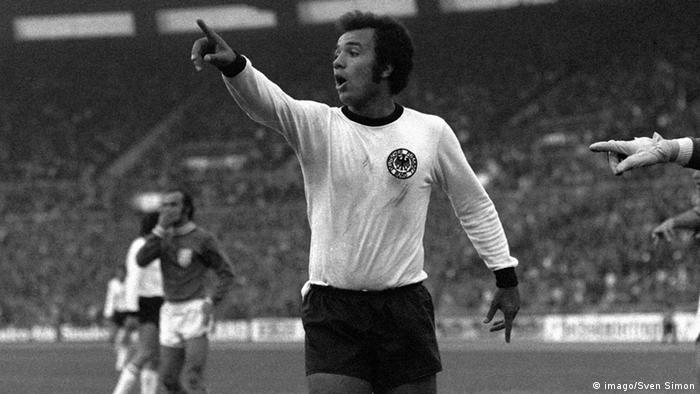 On the surface at least, German football has come a long way since December 22, 1974 — when Erwin Kostedde became the first ever Black German to play in the Nationalmannschaft, as the country's national team is known. Kostedde turned 75 on May 21, and told DW last October of the changes he's seen.

"I never thought that something like this would happen," Kostedde said in amazement, while talking to DW about the number of Black Germans on the national team today. "The Black players all have so much self-confidence. I could never have imagined being so confident when I played."

The son of a German mother and an absent American GI father, Kostedde was born in the western German city of Münster in 1946, and he would eventually become the first Black to break German football's "color barrier."

'I was alone, I was really alone'

But he failed to find the net for Germany, which isn't surprising perhaps, given that he only made three appearances after being thrust into an environment he remembers as being explicitly racist.

"Playing for Germany as a Black man was a sensation in the press, all eyes on Erwin Kostedde!" he recalled. "But I was alone, I was really alone."

Kostedde described how he was pressured to portray West Germany in a positive light, especially from the perspective of a Black German. "I would give interviews and [head coach] Helmut Schön would tell me to say there's no racism in Germany. But it wasn't true! I told them there was racism and he got mad at me."

The pressure manifested itself on the pitch. "I had to be better than my white teammates. When I made a mistake it was two, three times worse," he said. "I couldn't show my skills, couldn't play my game, I was always thinking about it."

Kostedde never felt entirely at ease in the dressing room either: "Not everyone liked me. I could tell it. Some didn't speak to me at all. And I could feel some were racists by their behavior." 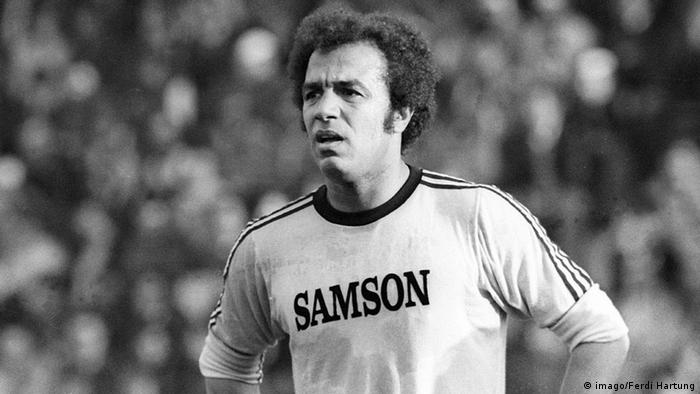 Erwin Kostedde in action for Borussia Dortmund in 1977, where he scored 18 goals in 48 games for the BVB on the season

Kostedde says German soccer legend Franz Beckenbauer was a notable exception to that rule. The two were familiar foes in the German Bundesliga during the 1970s, with Kostedde and Kickers Offenbach handing Beckenbauer and Bayern Munich what was the second-worst defeat in the club's history at the time — a 6-0 thumping on the opening day of the 1974/75 season and a game in which Kostedde scored twice.

But Kostedde said he has the "Kaiser" to thank for his second international appearance, a friendly against England at Wembley Stadium in March 1975. "Helmut Schön wasn't going to play me in England but Beckenbauer insisted — and I played at Wembley. Beckenbauer made that happen. Without him I wouldn't have played," Kostedde said with a nod.

Kostedde was the regular target of racial slurs when he played back in the 1970s. And although racial epithets aren't as commonly hurled at Black players in Germany today, it still happens. For instance, Hertha Berlin's Jordan Torunarigha was targeted by fans during a German Cup match in 2019, as were Leroy Sane and Ilkay Gündogan while representing Germany in Wolfsburg the same year.

Despite their talent and achievements for both club and country, Kostedde believes Black players are still not on equal footing with their white colleagues. "It's great to see so many Black Germans playing, but they will always be second choice here in Germany, and watch what happens once they make a mistake."

'It's the same as it's always been'

Kostedde keeps his distance from soccer these days, preferring the peace and quiet of retirement instead. But the 75-year-old says he still feels like an outsider in his own country.

In 1990, he was wrongly accused of an armed robbery in Münster and imprisoned for six months after being identified by a witness in a one-person police line-up. "We didn't think it would be possible to find another five Black people in the area," said local police. After finally being cleared and released, he was paid 3,000 marks (less than €1,500 or $1,760 today) in compensation, but the damage was done and Kostedde's confidence was shattered.

"80% of Germans are great people, but 20% don't want anything good to come to people like me," he says with conviction. "I feel it when I go out in town, I'm not welcome. It's the same it's always been."