Germany's Foreign Ministry has confirmed that Turkey has agreed to grant consular access to detained German journalist Mesale Tolu. Tolu has been in detention under allegations of terrorism since April 30. 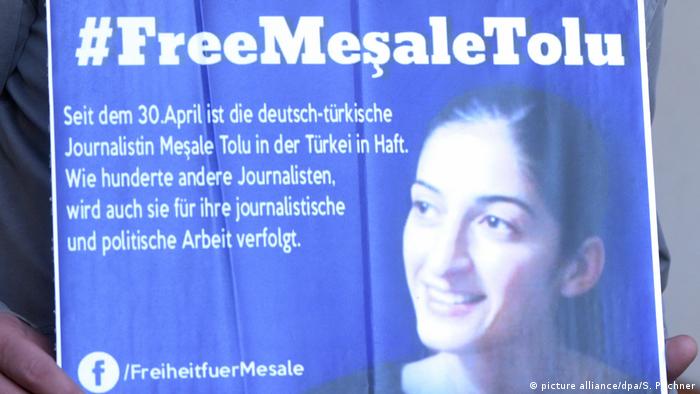 Martin Schäfer, a spokesman for the Foreign Ministry, said Monday that German officials had received a verbal confirmation of permission to visit to Mesale Tolu, a 33-year-old German-Turkish journalist under arrest in Turkey.

"We have received this information by phone, but are still waiting for written approval," Schäfer said, adding that diplomats would likely visit Tolu on June 2.

The German Foreign Ministry had been demanding consular access to Tolu since it learned of the arrest - only by way of media reports - last month. The German government called the arrest "regrettable." 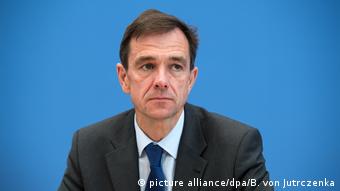 Martin Schäfer: 'We are still waiting for written confirmation'

According to Germany's ARD public broadcaster, Tolu was being held in a women's prison in Istanbul. She has been accused of spreading "terrorist propaganda," as well as "membership in a terrorist group."

It remains unclear whether Tolu was working in Turkey in a journalistic capacity, however. Her most recent employment contract was reportedly as a translator with the extreme-left ETHA news agency.

Tolu has also reportedly written in the past for the Netherlands-based Firat News Agency (ANF), which the Turkish government accuses of having links to the outlawed terror group PKK (Kurdistan Workers' Party).

The journalist's arrest has contributed to increasingly sour relations between Germany and Turkey.

After months of protest, German officials were given access to a second German-Turkish journalist, Deniz Yucel, who has been in custody on similar charges since February. 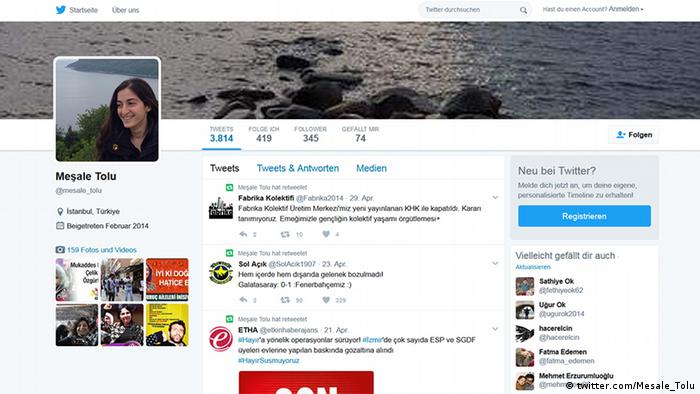 Terrorism charges have been brought against dozens of reporters and journalists in detention in Turkey since the July 15, 2016 botched coup.

The arrests are part of Erdogan's clampdown on Turkey's independent media and civil society. Since last year's coup attempt, authorities have detained thousands of journalists, rights activists, lawyers, teachers and writers, accusing them of being involved in anti-state activities. The crackdown has alarmed Turkey's Western allies, who see the move as a political action by Erdogan to consolidate his power.

Reporters Without Borders (RSF) ranked Turkey's press freedom 155th of 180 countries in 2017. The Committee to Protect Journalists (CPJ) deemed Turkey to be the "worst country for media freedom."

Earlier this month, Turkey arrested Oguz Guven, the editor of the online edition of Cumhuriyet, for allegedly spreading "terrorist propaganda."