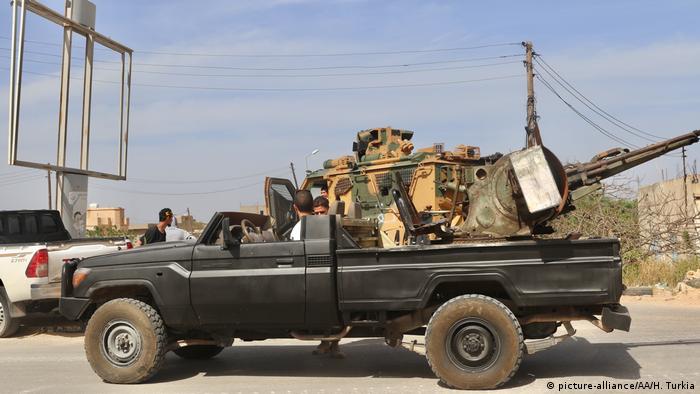 Since hosting a Libya summit four months ago, the German government has approved arms exports worth €331 million ($358 million) to countries accused of supporting warring parties in the country, according a report from the German Economy Ministry seen by news agency DPA.

Between January 20 and May 3, Germany approved €308.2 million in arms destined for Egypt alone, the ministry said. The information was provided in response to a request from Germany’s leftist die Linke party.

Turkey supports the Government of National Accord (GNA), which is backed by the UN, while Russia, Egypt, and the UAE support rival forces led by Khalifa Haftar.

Libya has been plagued by warfare since the Western-backed toppling of Libyan dictator Muammar al-Gaddafi in 2011. Multiple groups continue to fight for power in the oil-rich country, often with backing from foreign powers.

In January, Germany hosted a summit of world leaders whose countries have sent arms or soldiers to Libya.

In a closing declaration, 16 countries and international organisations agreed to a weapons embargo for Libya.

Egypt, Turkey, Russia, and the UAE were among the signatories. United Nations Secretary-General Antonio Guterres later accused these four countries of breaching the embargo and continuing to provide arms for the conflict.

"I am deeply frustrated with what’s happening in Libya," Guterres said at a press conference in February. "They committed not to interfere in the Libyan process and they committed not to send weapons or participate in any way in the fighting. The truth is that the Security Council (arms) embargo remains violated."

Conflict has escalated since April last year, when Haftar's forces seized Tripoli from the GNA.

Violence has continued in recent weeks despite international calls for a cease-fire in light of the coronavirus outbreak.

The summit on the conflict in Libya has ended with an agreement to more strictly enforce the UN arms embargo. Host Angela Merkel said a "new spirit" had been created to find a lasting solution to the conflict. (19.01.2020)

The German foreign minister has called for collective efforts to end the conflict, saying Libya's neighbors "also suffer from this civil war." Algerian officials have sought to position Algiers as a key mediator. (23.01.2020)