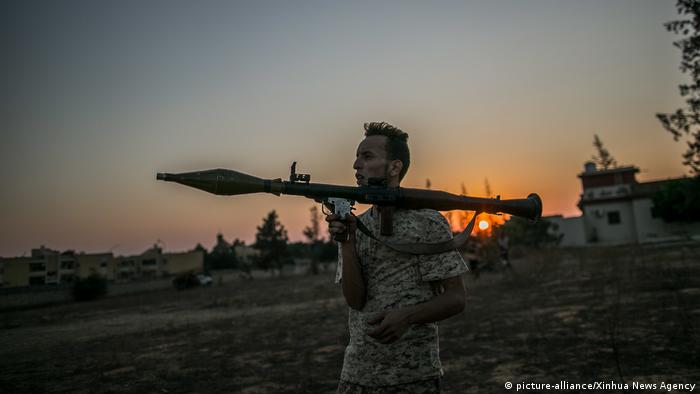 A total of 16 countries and organizations met in Berlin in January this year to renew their commitment to a 2011 UN weapons embargo, in a bid to end to the civil war that has been raging in the country since the overthrow of Moammar Gadhafi in 2011.

"I'm sure there will be ramifications for those who continue to breach the arms embargo today," Maas said.

He added that there would be discussions in the European Union over the repercussions for those found responsible for continuing violations.

Weapon deliveries are a 'scandal'

UN General Secretary Antonio Guterres recently called the continuing arms deliveries to the North African country a "scandal." The United Arab Emirates, Egypt, Russia and Turkey have continued delivering weapons and sending troops and mercenaries to Libya despite the ban.

The EU agreed in February to restart the bloc's Mediterranean naval mission with a focus on enforcing the embargo.