Libya ceasefire talks back on track after Tripoli attack: UN 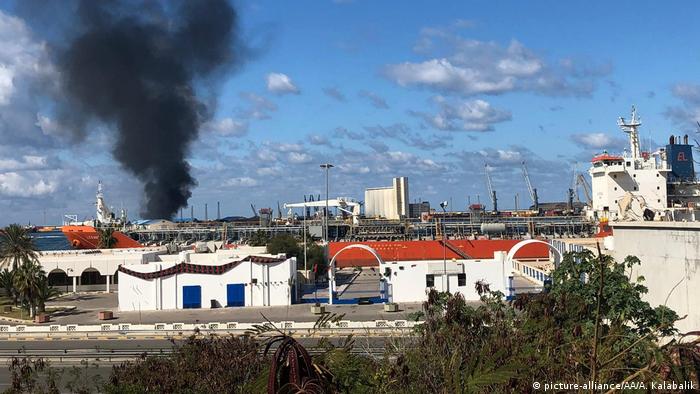 Peace talks in Geneva between the UN-backed Libyan government and representatives of military commander Khalifa Haftar are back on track, the United Nations said on Friday.

The renewal came days after they were calledoff following an attack on a strategic port in Tripoli.

"The talks will continue today (Friday) and they will be getting under way shortly. So things are still happening on that front," said UN spokesman Rheal LeBlanc. Libya's Government of National Accord, which suspended talks on Tuesday, has not yet commented on whether it would participate in the meetings.

"The militias hit Tripoli's port which is considered a lifeline for many of Libya's cities," the GNA had said on Tuesday. Tripoli's port is a major gateway for food, fuel and other supplies, for the capital and beyond. "Negotiations don't mean anything without permanent cease-fire guarantees returning the displaced people and the security of the capital and the other cities," it added.

The attack on Tripoli's port came just as UN-brokered peace talks between five senior officers of the army and another five from the main rebel forces were underway in Switzerland.

Khalifa Haftar, commander of the Libyan National Army – the largest of the militia and rebel forces vying for control of Tripoli – has said that a ceasefire would only be possible if Turkish and Syrian forces stop backing the GNA.

"A ceasefire (would be) the result of a number of conditions being fulfilled ...the withdrawal of Syrian and Turkish mercenaries, an end to Turkish arms supplies to Tripoli, and the liquidation of terrorist groups (in Tripoli),” Haftar told Russian news agency RIA.

For the first time, Turkey's President Recep Tayyip Erdogan on Friday confirmed the presence of pro-Turkish Syrian forces in Libya. Haftar has accused Ankara of supplying weapons to the GNA, which it supports. Turkey has sent dozens of military officers to train the GNA's army after the two countries signed a deal last year.

"Turkey is there with a training force. There are also people from the Syrian National Army,” Erdogan said, referring to the Syrian rebel forces known as the Free Syrian Army.