Can the EU′s new arms-embargo mission to Libya be effective? | Europe | News and current affairs from around the continent | DW | 18.02.2020 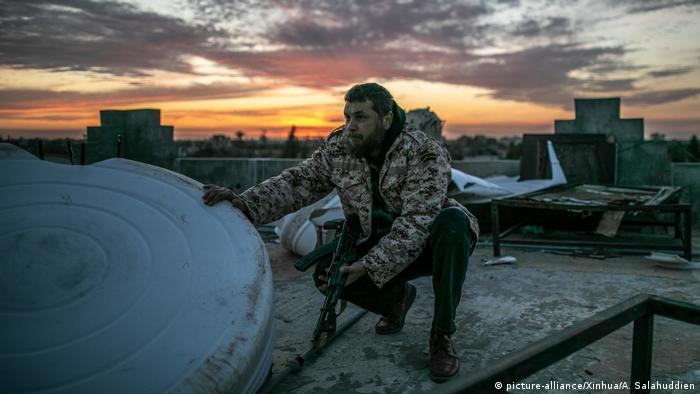 After intense debate, EU foreign ministers in Brussels agreed Monday to launch a new mission to enforce the weapons embargo against Libya.

After meeting his European counterparts, German Foreign Minister Heiko Maas announced that a decision had been reached, adding that the new Libya mission would entail a "maritime component," meaning dispatched naval vessels. It will also include aerial and satellite assets.

As agreed at the Libya peace conference in Berlin this January, the mission will form one pillar of the EU's revamped overall strategy aimed at stabilizing the North African country.

Operation Sophia was suspended last year over Italy's protests that EU vessels were rescuing migrants in distress at sea and allowing them to disembark at Italian ports. More recently, Austria's government opposed restarting a mission, arguing that sending EU ships along the Libyan coast would lead to a rise in Europe-bound migrants.

Maas stressed that the new mission would see EU ships dispatched only to the eastern Mediterranean, far away from the sea routes used by migrants, despite the fact that arms smugglers do not stick to observed routes.

He reiterated that relaunching the EU mission would help fulfill the Berlin agreement, which envisions separating the warring parties in Libya and ensuring their respective international allies stop supplying arms.

More recently, at the weekend's Munich Security Conference, the countries involved in the Libyan conflict once again agreed to honor the arms embargo. Yet UN deputy special envoy for Libya, Stephanie Williams, described the arms embargo as "a joke."

"We all really need to step up here. It's complicated because there are violations by land, sea and air, but it needs to be monitored and there needs to be accountability," she said in Munich.

Arms by land, sea and air

After Libya's long-term ruler Moammar Gadhafi was toppled in 2011, regional militias armed themselves with weapons from Gadhafi's military. With the outbreak of civil war in 2014, arms imports to the country increased significantly.

Last year, a bloody proxy war erupted on Libyan soil. Arms deliveries are reaching war-torn Libya by sea, land and air. Rebel warlord Khalifa Haftar, supported through arms deliveries from the United Arab Emirates (UAE), Egypt, Jordan and Russia, is pitted against the Tripoli-based Government of National Accord led by Prime Minister Fayez Sarraj, which is recognized by the UN and the EU and receives Turkish weapons. 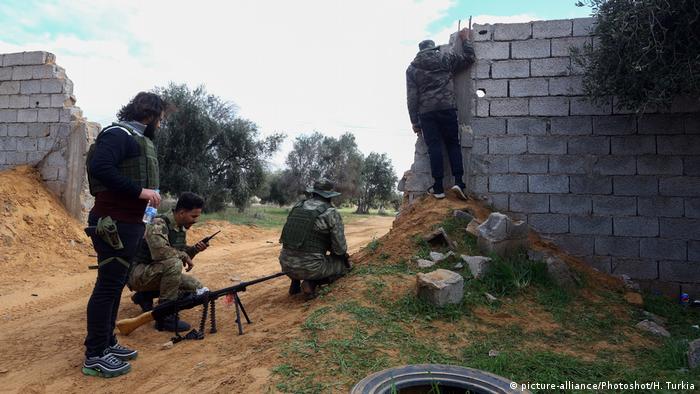 Both sides, rebels and government forces, receive weapons from their international backers

How much influence does the EU have?

EU diplomat-in-chief Borrell said negotiations over the new EU mission had been intense, but enough EU states had ultimately volunteered to send marine vessels. "There will be no shortage" of ships, Borrell said, adding that whenever an EU frigate discovers arms smugglers, it will be able to stop them. However, he admitted this will not be easy.

Borrell could not specify how many Libya-bound arms actually arrive in the country by sea. He added that the EU could not be expected to use ground troops to patrol the the Egyptian-Libyan border, through which arms are still delivered.

The aerial surveillance component of the EU's operation will only gather intelligence. To actually stop all arms deliveries to Libya, the EU would have to dispatch ground troops and fully control the country's airspace using fighter jets.

A recent study from the German Institute for International and Security Affairs (SWP) found, "There is no easy option for the EU that requires little work and guarantees success in enforce the existing arms embargo. All options have significant political, financial and military costs." The study argued that the EU lacks the military means to make this happen, and that economic sanctions would be key to cutting the arms flow. 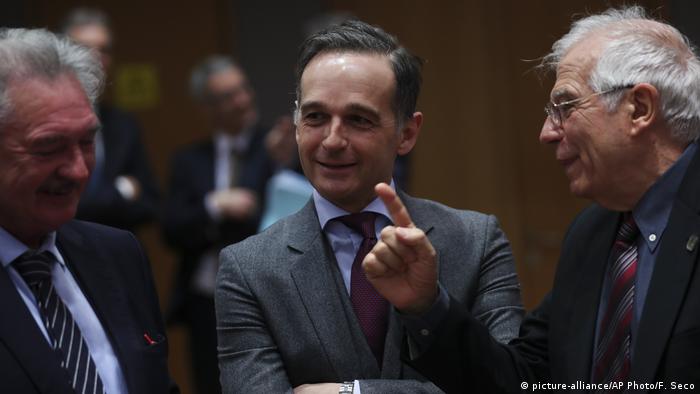 Liberal party members of the European Parliament (MEPs) have reported over 100 recent breaches. They criticize the foreign minsters' agreement for not going far enough.

Nicola Beer, an MEP with the business-friendly Free Democrats, said the foreign minsters had wasted an opportunity to "agree on sanctions that would send a clear message to Turkey, Russia or the United Arab Emirates." In her view, a mission without sanctions will not be enough to establish peace in Libya and fight the root causes of migration to Europe.

In turn, Green MEPs have complained that the mission does not include migrant sea rescue. MEP Erik Marquardt said, "The vessels should be where people in distress are." He pointed out that over the past year, EU governments have prevented migrants from being rescued and simultaneously helped Libyan militias restrict migration possibilities.

World powers backing opposing Libyan factions had agreed to an arms embargo at a conference hosted by Germany a week ago. The UN has since found that "several" of these countries are not fulfilling their commitment. (26.01.2020)