Berlin Libya summit: Who wants to achieve what? 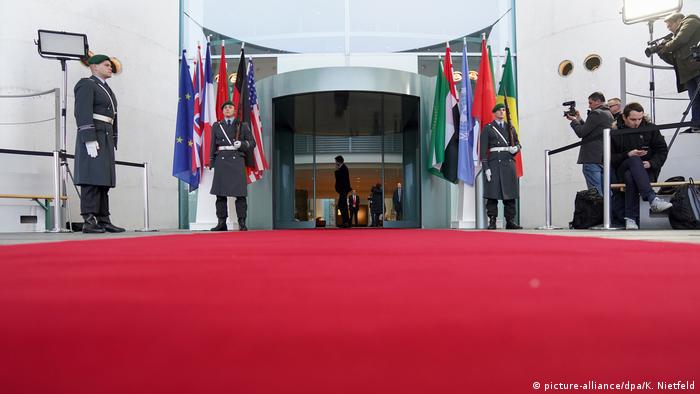 Heads of state and lawmakers from Russia, Algeria, Turkey, Egypt, the United Arab Emirates, France, Italy, Britain, China and the US gathered in Berlin on Sunday for a key summit to discuss the future of Libya .

Prime Minister Fayez al-Sarraj, head of Libya's UN-recognized Government of National Accord (GNA), and Khalifa Haftar, commander of the self-styled Libyan National Army, were invited to the conference.

Here's what the main players' positions are in the LIbyan conflict:

Germany and the UAE: No military solution

Host nation Germany's foreign minister, Heiko Maas, told the German Bild newspaper, "The conference can be the first step to peace for Libya."

He also said the conference was necessary to "make sure Libya doesn't become a second Syria."

Following a telephone conversation between Germany's Chancellor Angela Merkel and Abu Dhabi's Crown Prince Sheikh Mohammed bin Zayed Al Nahyan on the eve of the talks, Steffen Seibert, the German government's spokesperson, reiterated Germany's stance that military intervention was not the way to solve the war. He added that the chancellor and crown prince were unified on this point.

"Peace and stability in Libya must be achieved via negotiation," Seibert said. "From the viewpoint of both leaders, the end of foreign interference in Libya's internal affairs is a necessary precondition for this," he added.

Sarraj called for international "protection troops" if Haftar kept up his offensive.

"Such a protection force must operate under the auspices of the United Nations. Experts will have to advise on who should participate, say, the EU or the African Union or the Arab League," he told Die Welt newspaper on Sunday.

Sarraj went on to criticize the European Union, saying it had not been proactive enough on Libya.

"Unfortunately, the role of the EU so far has been very modest... even though some EU countries have a special relationship with Libya, we are neighbors and have many interests in common," he said.

Ghassan Salame, the UN special envoy to Libya, said on Saturday he had presented a security plan that foresaw the withdrawal of all foreign fighters, regardless of nationality. In an interview with UK broadcaster BBC, he said that he was optimistic about negotiations and that a political solution was best for all involved in the conflict. 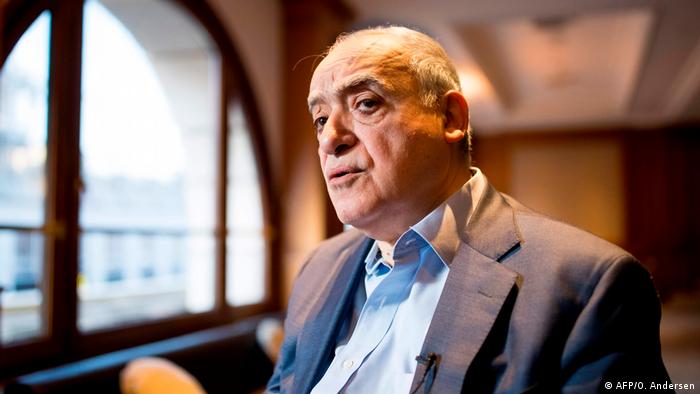 The UN's Ghassan Salame is hoping for a political solution

"Most of the national interests of all these countries, especially big [commercial] contracts and oil contracts, even geopolitical demands, can be accommodated by a peaceful and prosperous Libya much better than a divided and war-torn country," he added.

Turkey: Haftar would be historic mistake

Turkey's President Recep Tayyip Erdogan vocally backed the GNA in an interview published by US-based Politico on Saturday, warning that Libya's "legitimate" government could not be allowed to fail and reiterating that Turkey's troops would remain in Libya until the al-Sarraj government's position was secure.

He called on the EU to "show the world that it is a relevant actor in the international arena," saying, "Terrorist organizations such as ISIS and Al-Qaeda, which suffered a military defeat in Syria and Iraq, will find a fertile ground to get back on their feet."

"To leave Libya at the mercy of a warlord would be a mistake of historic proportions," Erdogan said, referring to Haftar.

Via Twitter, Turkish Foreign Minister Mevlut Cavusoglu hit out at Greece for hosting Haftar ahead of the peace talks, saying this would "sabotage" any efforts toward peace. Greece has not been invited to the talks.

US Secretary of State Mike Pompeo represented Washington at the summit, but expectations from the talks were "moderate," said a senior US State Department official traveling with Pompeo.

The official also made a comparison with the Syrian war, which involves many different factions, as he said, "I think it's so complex and the heels are so far dug in that I would have moderate expectations as we go into this."

Earlier, the US State Department said that Pompeo would support truce efforts.

The Russian president's attempt to mediate a ceasefire in Libya ended ignominiously. Now he may be more than happy to use the talks in Berlin to spread international responsibility more widely, writes Konstantin Eggert. (19.01.2020)