A draft law to reform Germany's BfV domestic intelligence agency is be re-submitted to parliament after long debate. It will include powers to scan some high-tech messages but not cyber "Trojan" trawling tools. 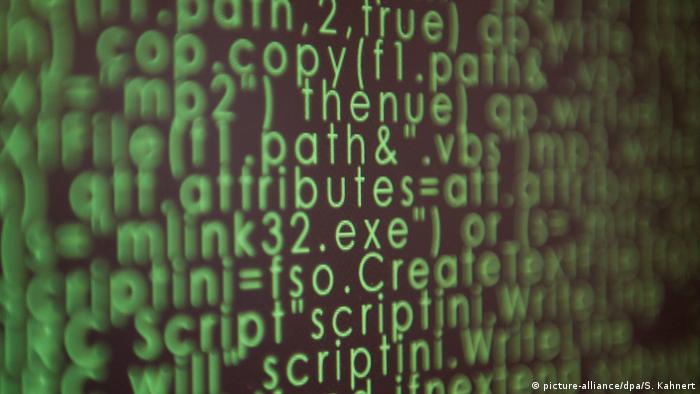 Germany's DPA news agency reported Friday that a revised bill on reform of Germany'sBfV domestic intelligence agency — to boost liaison with regional authorities and expand cyber tools — had reached its final leg ahead of parliamentary debate.

Excluded from the latest draft law are secret "Trojan" online searches that would trawl the computers of persons presumed to be extremists.

However, it is understood that electronic surveillance of telephone calls and SMS text services, including encrypted "chats" via services such as WhatsApp and Telegram would be allowed in designated cases.

Spying and privacy are sensitive issues in post-war Germany in the wake of Hitler's Nazi regime, and latter Cold War that included elaborate spying in former Soviet-run East Germany.

The revised bill, awaited since 2015, was being finalized Friday, it reported.

The opposition Greens, who have long called for overhaul of Germany's diverse intelligence gathering said Friday that "structural problems" persisted.

The ministry headed by Horst Seehofer, a Bavarian ally of Merkel's conservatives, had argued that allowing online "trojans" would only legalize "real life" practices.

"We can only monitor and dismantle extremist groups and networks of traffickers if we monitor their communications," said Mathias Middelberg, interior affairs spokesman for Merkel's parliamentary conservatives.

Read more: Refugees sue the government for invasion of privacy

Germany, shaken in 2011 by disclosures that between 2000 and 2007 neo-Nazis had committed a series of racist murders led an inquiry committee in 2013 tourge parliament to make major overhauls of intelligence work.

A law firm that represented the populist AfD against Germany's domestic spy agency is now hiring that agency's ex-head. Hans-Georg Maassen lost his job amid allegations of improper dealings with the party. (30.09.2019)

Afghanistan appeals for aid commitments despite COVID 4h ago