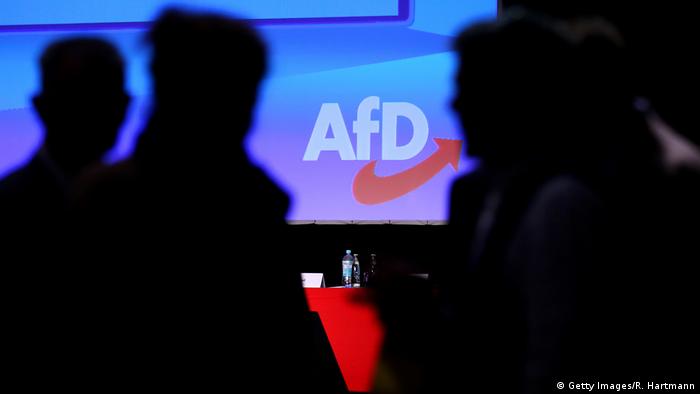 Germany's domestic security agency will run surveillance on the far-right Alternative for Germany's (AfD) most nationalistic group, the agency's president announced on Thursday.

The step designates the AfD group known as the "Wing" ("Flügel") as a far-right extremist group warranting observation from security forces.

"The Wing evidently has extremist intentions," said Thomas Haldenwang, the president of the Office for the Protection of the Constitution — Germany's domestic security agency.

The AfD group  was identified as "suspicious" by the agency in January 2019 and was already being monitored, along with the far-right party's youth branch.

After the far-right attack in Hanau in February, in which 11 people lost their lives, the German government saw increased calls from people across the political spectrum to put the AfD under observation. A manifesto written by the perpetrator of the attack contained anti-migrant rhetoric that echoed AfD sentiments.

'We cannot repeat the past'

Halberwang made reference to the 12 people who died in right-wing extremist attacks in Germany in the last 12 months.

"Behind these figures there are innocent victims — and there are also those who are responsible and those who supported them," he told reporters.

"We cannot repeat the past," he said, explaining that a higher level of surveillance, especially in the digital world, could help unmask the supporters of extremism. He also referenced Germany's murky past with far-right hate crimes.

"The digital world leads to a disinhibition," he said. "If people can easily consume hate in the virtual world, they will begin to act with hate in the real world."

He identified several members of the AfD's Wing, including the state of Thuringia's regional party leader Björn Höcke, as "far-right extremists." 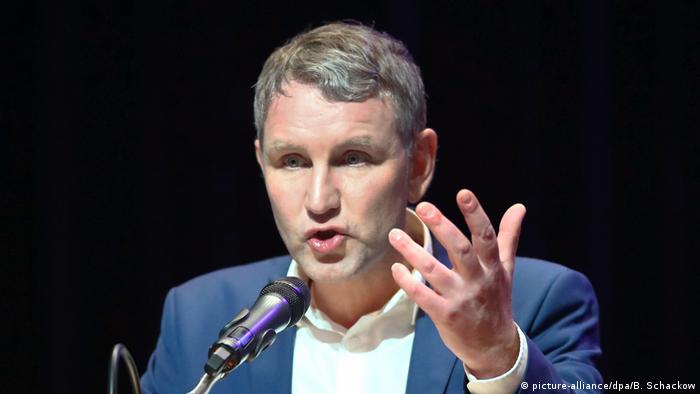 Ahead of the official announcement, several AfD politicians condemned the move, calling it a deliberate tactic to silence the party.

"This is a convoluted, politically motivated, anti-AfD act," said Jörg Meuthen, spokesman for the AfD. The party has repeatedly said its activities are not unconstitutional and do not warrant observation.

"The security agency has made a mistake with its allegations," the party said in a statement on Wednesday.

Höcke, who is one of the Wing's most prominent leaders, also spoke out against the decision ahead of the announcement. The Thuringian politician said his calls for the "de-Islamization of Germany and Europe" are "not directed against the freedom of religion anchored in the constitution."

He said his frequent use of anti-Islam rhetoric did not call for "the collective expulsion of Muslims living in Germany, and certainly not of German citizens."

Hans-Thomas Tillschneider, a Wing supporter and member of the state parliament in Saxony-Anhalt, expanded on his 2017 comments comparing Islam to a fungus.

Tillschneider said on Wednesday he would no longer draw this comparison, saying it prompts "false associations."

How does the 'Wing' fit into the AfD?

The AfD, formed in 2014, received 12.6% of the vote at the last German federal election in 2017, and has representatives in all 16 German state parliaments and in the European Parliament. Members of the party have been accused of spreading anti-Semitic, xenophobic, Islamophobic and racist rhetoric.

The Wing was set up in 2015 in the Thuringian city of Erfurt as a nationalistic splinter group of the party. It eschews clear party lines and hierarchies and as such estimates vary as to how many AfD members and voters support the Wing.

Reports in German media from 2019 suggest that up to 40% of AfD supporters in Germany's former eastern states were members of the Wing.

Thuringia's CDU has made possible the re-election of Left party lawmaker Bodo Ramelow. But a lot can still happen until the state elections next year, writes Marcel Fürstenau. (05.03.2020)