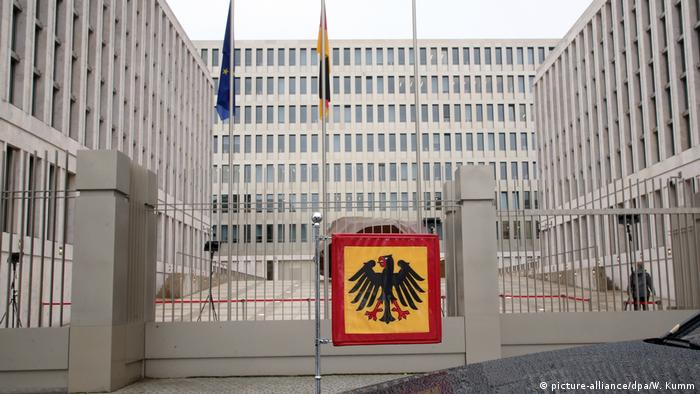 The Constitutional Court on Tuesday began hearing a case brought by journalists against Germany's foreign intelligence service, the Bundesnachrichtendienst (BND).

The plaintiffs argue that mass BND surveillance abroad endangers the rights of citizens and journalists. The complainants are led by Germany's GFF civil rights association and include Reporters Without Borders, six foreign journalists and a human rights lawyer.

Following a law change, effective from January 2017, the BND has powers to collect and evaluate information about foreigners abroad, without the agency having to have legal justification.

As the two-day hearing opened, Matthias Bäcker, legal counsel for the media complainants, said that within the framework of its so-called "strategic signals gathering," the BND could target virtually any desired person.

Under Germany's complex intelligence structure, the BND gathers foreign intelligence while the Cologne-based BfV agency oversees perceived domestic threats — alongside a swath of agencies run by each of Germany's 16 Länder (regional states).

Tapping of telecommunications is a historically volatile issue in Germany, given its totalitarian Nazi past and post-war strictures, and remains topical in the wake of the 2013 American NSA scandal that exposed global practices of electronic intrusions into privacy.

Ulf Buermeyer, chairman of the GFF and himself a Berlin judge, said: "We have listened too long to blanket and nonverifiable assurances from intelligence agencies."

"The surveillance of telecommunications must always be [done] as an exception," said Buermeyer, who's association is coordinating the multiple constitutional complaints lodged by six foreign journalists and the national branch of Reporters Without Borders (RoG).

"When German journalists, who [under BND law] are not allowed to be placed under surveillance, work together with colleagues in other countries, who are [under BND law] allowed to be monitored — then they too will be caught in the web of strategic foreign reconnaissance," said Mihr, referring to a 2017 report by the newsmagazine Der Spiegel.

That had confirmed prior suppositions that the BND monitored media outlets abroad and fears among informants that their communications landed long-term in databases that intelligence agencies worldwide could access, Mihr said.

Journalists everywhere depended on reliably "good" sources for their work, he stressed. 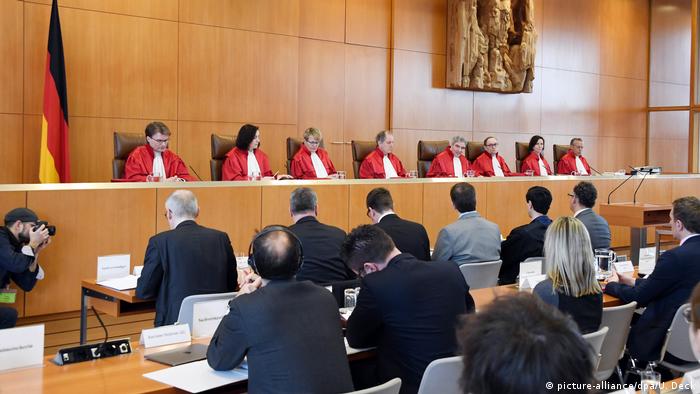 "The protective role of the BND for our soldiers in Afghanistan or Mali would be directly affected," asserted Schindler.

Germany's 1949 "constitutional fathers" would "turn over in their graves," he added, if they knew that communications by radical militias such as the Taliban or Islamic State (IS) would end up "protected by [Germany's] Basic Law."

The Karlsruhe Constitutional Court hearing is due to run until Wednesday, with the judgement of its First Senate panel not expected for some months.

The UK's mass surveillance program, exposed by whistleblower Edward Snowden, violates free speech and privacy, the court ruled. However, judges didn't come down as hard on intelligence agencies as some might have hoped. (13.09.2018)

US and British intelligence agencies have spied on passengers using their cell phones on planes, a report says. The report cites documents from US whistleblower Edward Snowden. (08.12.2016)