Edward Snowden: Germany a ′primary example′ of NSA surveillance cooperation | Germany | News and in-depth reporting from Berlin and beyond | DW | 17.09.2019 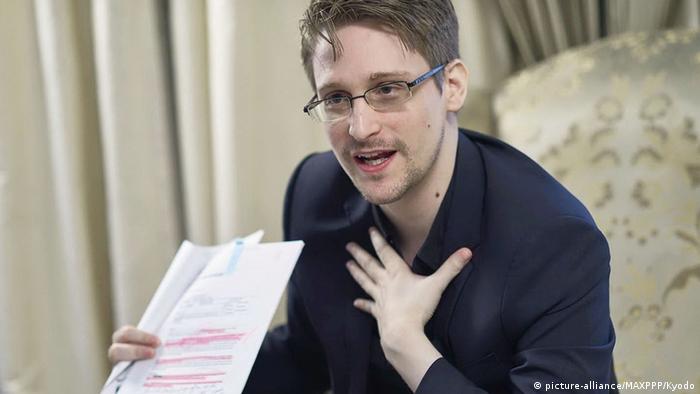 Edward Snowden was in his mid-20s when he joined the US National Security Agency (NSA) in 2009.

In his new book Permanent Record, he describes working at "America's premier signals agency" as being "a dream job." He also writes of how he uncovered STELLARWIND, which he calls "the deepest secret of the NSA."

The program was launched after the September 11 terrorist attacks. Snowden claims that, contrary to what the authorities say, it never ended. Instead, it became an instrument of mass surveillance and went "from using technology to defend America to using technology to control it by redefining its citizens."

The NSA's overarching data collection reminded the young Snowden of Nazi Germany and the Soviet Union. 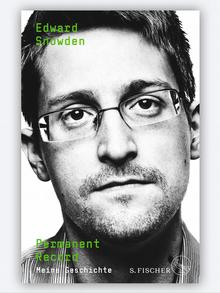 As Snowden delved even deeper, he uncovered more highly classified secrets, such as PRISM, a program that the NSA used to monitor communication around the world.

Snowden says he ultimately came to feel that if his generation did not intervene, the situation would escalate. He chose to become a whistleblower and shared what the NSA was doing with journalists.

When the revelations went global in 2013, Snowden identified a pattern: "The countries whose citizenries were most opposed to American mass surveillance were those whose governments had most cooperated with it." He cites Germany as being a "primary example of this disjunction."

In fact, it was because of Snowden's revelations that Germans discovered their country's foreign intelligence agency, the BND, supported NSA surveillance. Even German Chancellor Angela Merkel had not been spared — her cell phone had also been tapped. Back in 2013, Merkel responded by saying: "Spying among friends — that simply isn't done."

The Snowden revelations triggered a parliamentary investigation in Germany in 2014. 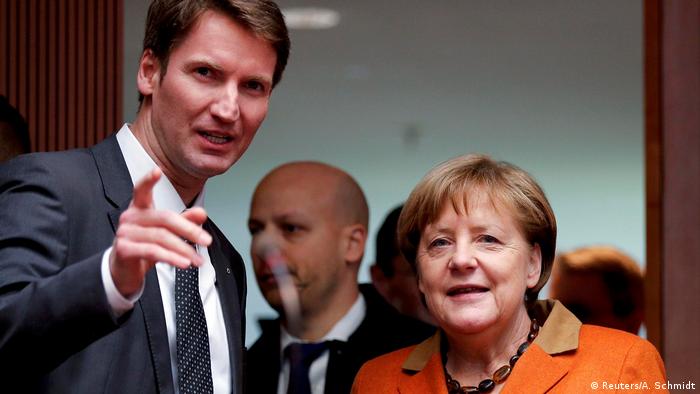 Patrick Sensburg, a professor of law and a Bundestag lawmaker from Merkel's conservative Christian Democrats (CDU), chaired the investigation committee.

Today, Sensburg says that Snowden "set a lot in motion" in Germany and that its citizens are now more diligent when it comes to handling data.

According to Sensburg, the extent of Snowden's material was "not particularly deep," but over the course of the investigative committee, several things came to light of which the legality was "uncertain."

In the wake of the revelations, the Bundestag passed a comprehensive legislative BND reform in 2016.

Sensburg deliberated over Snowden's motives. He believes that Snowden acted for "patriotic reasons," out of the conviction that "he had to do it for his country."

That is the impression Snowden also makes in his memoir, which was published on September 17, Constitution Day. He believes US intelligence violated the Bill of Rights: "They'd hacked the constitution."

And he wanted the public to know it.

What Sensburg cannot fathom is why the only option Snowden felt he had was to become a whistleblower, why he believed that the only way he could help his country was by "going public."

Snowden writes that the official channels were not an option for him because the wrongdoing in agencies such as the NSA had "become so structural as to be a matter not of any particular initiative, but of an ideology — proper channels can only become a trap to catch the heretics and the disfavorables."

Snowden also writes that his "superiors were not only aware of what the agency was doing, they were actively directing it — they were complicit." 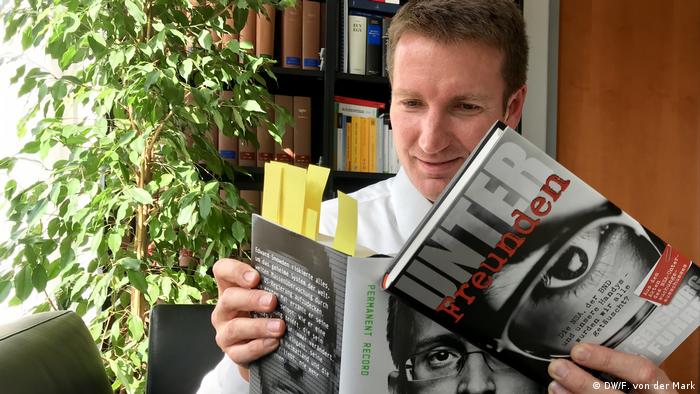 Sensburg points out that disclosing highly classified documents to the public, such as Snowden did, would also be criminal in Germany.

But he notes that the NSA affair paved the way to address malpractices within the German intelligence community.

Its employees can now go directly to the Parliamentary Oversight Panel, which is responsible for scrutinizing the work of the intelligence services on a national level. This approach is likely already taking place.

Moreover, Snowden's impact in Europe has not been limited to scrutinizing the secret services: The EU has since laid down regulations that larger companies must set up a contact point for whistleblowers.

In addition, Germany passed a law aimed to protect those who come forth with secret information that is likely to be in the "public's interest" this year.

Was Snowden in this predicament? Sensburg would have liked to have asked him, but he never gave a statement before the inquiry panel. Although bringing Snowden as a witness was considered, Sensburg's committee and Snowden's lawyers could not come to an agreement on a way to do so.

In Permanent Record, Snowden accuses European governments of not having stood up for him. He applied for political asylum in 27 countries, including Germany: "Not a single one of them was willing to stand up to American pressure," he writes.

"Mr. Snowden is doing fine in Moscow," Snowden's lawyer Robert Tibbo told DW. "Obviously, it's not the life he wants. He'd like to be back in the United States and have a life back in the US with Lindsay Mills his wife and also his family, his extended family. He's not safe where he is. His situation is relatively stable, but not safe. But Mr. Snowden has no regrets ... From the very beginning, he clearly understood what he had done and what the consequences were to his life and safety."

The whistleblower is likely to stay put in Russia for the time being. Although ⁠— according to his book ⁠— Moscow was only ever going to be a lay-over on his way to his intended destination of Ecuador. That was in 2013.

The Day with Brent Goff: Snowden to Germany?