With Google holding a chilling amount of data on hundreds of millions of people around the world, there is an increasing sense that it is neither moral nor ethical. Are we moving closer to a digital rights revolution? 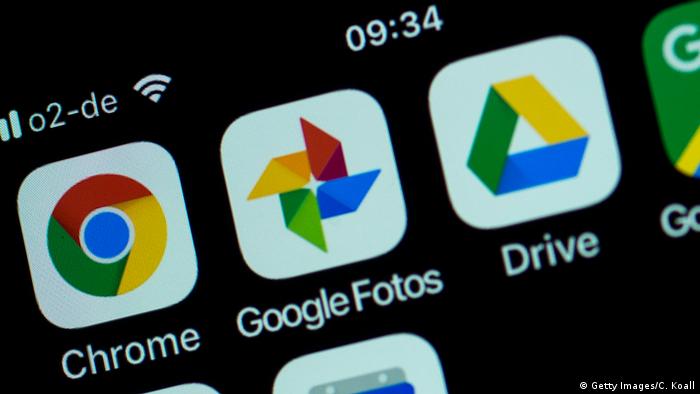 Google knows a lot about you. It knows where you live, where your ex lives, where you work, what route you take to work, what you buy online, what websites you visit, your political views, how much money you have in your bank account, whether you're single or married. It probably even knows that you're reading this article.

Beyond this clear breach of privacy, it doesn't keep the information to itself. The data is harnessed, it is processed and, crucially, sold to third-party companies that you may or may not be comfortable sharing your data with. Data abuse is nothing new, but the more we demand from our mobile devices, the more our data becomes the currency with which tech companies make a profit.

The need to hand over our data is sold to us as necessary in order to provide the best possible experience of an app, but in many cases they have no need to access your photos or location data to use the app. While Android phones offer the greatest opportunity for developers, its status as an open-source project also makes it a target for hackers and data abuse via its 2.1 million apps.

The main rival to Android, Apple's iOS mobile operating system, is a safer alternative as it puts its apps through a more stringent internal vetting process, but it is not without its privacy issues too, despite Apple's advertising campaigns to suggest it's completely secure.

Google has taken steps in recent years to be more transparent about what it does with our data, and users of its products now have more control over the use of personal information when using its services. But fundamental fears remain about the extent to which our data is the currency used by Google and others to make huge profits. While our favorite apps may not cost us anything when we download them, we are often paying in a potentially more damaging way, for example surrendering our precise location every time we walk down the street.

"One of the major issues here is lack of transparency," Johannes Caspa, Hamburg's commissioner for data protection, told DW. "Almost no user is aware of the masses of data that are leaking permanently from their phones, let alone in a position to tailor these. From a user perspective there are means to regain some insight and control, for example with apps such as Blokada."

Tellingly, the Blokada app is not allowed on the Android Play Store. The shortage of public awareness on this issue is motivating Caspar to ensure the next generation is more data savvy.

"The risks and threats for privacy issues especially using different services by Google are broadly underdeveloped. The access to services and apps normally is charged by personal data," Caspar explained.

"Especially for younger people, the business model and the background of economic structures of online services is uncharted territory. That's why for years I have been demanding educational approaches to achieve data protection competence especially for minors. There should be a legal obligation to issue warnings to privacy threats for companies collecting personal data for economic purposes."

With Android and iOS making up 98.7% of all smartphones in the world, it would be a daunting task for any new company to enter the market and take on the big players. But California-based tech company Purism, backed by a crowdfunding campaign that has totaled $2.5million (€2.2 million) to date, is attempting just that.

The Librem 5 is due for release in the third quarter of 2019 and is a smartphone that, like Android, is built on the Linux kernel. But crucially it functions without the Google spyware that comes pre-installed on almost all Android mobile devices on the market. Instead, the Librem 5 uses the GNU operating system which doesn't store user data and, as a result, Purism promises to deliver an ethical smartphone that does not track or exploit your digital life."

While it will offer relatively primitive functionality for calls, text messaging and web browsing, it promises to be a step toward a more ethical mobile future. It seems unlikely that the Librem 5 will occupy anything more than a niche position in the global market, but such projects have been praised for enhancing and broadening the available choices on the market for consumers.

"It is morally and ethically wrong for any company or government to know your every location, everything you do, and everybody you talk to," Purism's founder and CEO, Todd Weaver, told DW. "To have a freedom-respecting digital society we need to make sure that people can protect their location, their data and their communication."

Weaver believes awareness around these issues is growing, and the more people know about the abuses of their data, the less willing they are to accept it and that the foundations are being laid for a digital rights movement.

"The result of data abuses is growing anger, people do not tolerate unfairness," said Weaver. "I believe this is the start of the revolution — and we have seen and will continue to witness more people starting to take part in controlling the fate of their digital identities and lives."

A report by German parliamentary researchers has said that Amazon's voice assistant Alexa also collects data from children and clueless visitors. That needs to change, they say, but the "how to" remains unclear. (09.07.2019)

Robots have the potential to transform our everyday — including human-defined creativity. But always for the better? The opportunities and dangers of artificial intelligence was a key theme at DW's Global Media Forum. (29.05.2019)

The UK's Information Commissioner's Office has slapped British Airways with a massive fine over a data breach that saw customer credit card data get stolen. It is the largest fine the office has ever handed out. (08.07.2019)

How apps get users hooked