A report by German parliamentary researchers has said that Amazon's voice assistant Alexa also collects data from children and clueless visitors. That needs to change, they say, but the "how to" remains unclear. 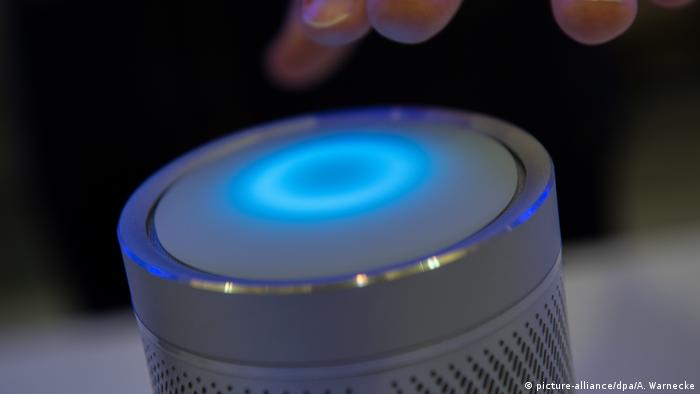 Digital voice assistants such as Amazon's Alexa, Apple's Siri or Google Assistant are becoming increasingly popular across the world. People use them to ask about the weather, call up their favorite songs, compile shopping lists, make online purchases and so many other things just by talking to the devices — and indeed it's very convenient.

According to a recent study by Germany's Postbank, roughly 32% of Germans have a voice assistant at home. That's already 12% more than last year, the survey points out.

What the study also shows is that the larger the family, the more likely they are to have a voice assistant. Postbank researchers found out that 52% percent of German families with two children use such assistants; the corresponding figure for families with just one child is 32%.

Independent German lawmaker Uwe Kamann sees a big danger involved in this. He's been wondering whether anything can actually stop Amazon's Alexa (and other voice assistants for this matter) from collecting children's data as well as data from visitors — that is from people who've not explicitly agreed to the assistants' data-collecting activities.

Kamann asked the research service of the Bundestag (the German Parliament) to investigate the current state of affairs, and he got an answer from them on Tuesday.

German news agency DPA, which got hold of the parliamentary report, said the researchers warned that Alexa did indeed carry a number of risks for minors and visitors.

"It remains unclear how uninvolved third parties and minors can be excluded from data collection," the report stated, adding that with regard to the United States, it's also unclear "for what purposes Amazon could use this data in the future." There was also no way of preventing children from accessing content deemed inappropriate for them. 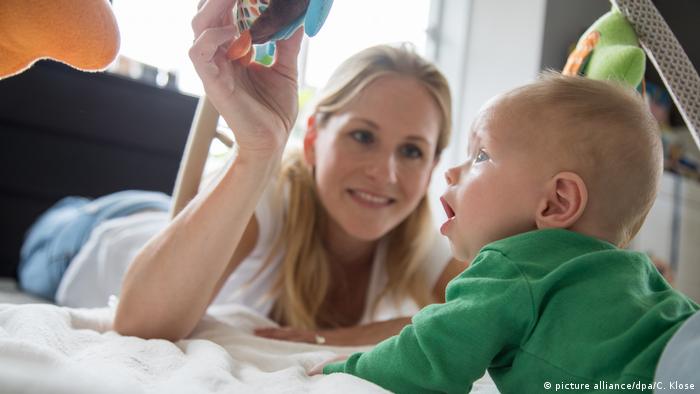 Will there come a time when voice assistants know more about children than their mothers?

What if data gets stolen?

Likewise, the parliamentary researchers did not rule out a theft of data from the Amazon cloud, warning that due to the mass of information stored there, "this could affect Alexa users in a particularly sensitive manner."

"We must ensure that the consent form for the user points to the dangers and opportunities that are associated with the transmission and use of data from third parties and children in the room," lawmaker Uwe Kamann said in response to the report.

Alexa does provide an opportunity to create individual voice profiles, including those of children. According to Amazon, this is to improve individual user experiences. But the creation of such profiles does not allow parents to block the assistant's data collection activities when children or visitors are in the room.

What's required to do the trick?

The company says that only a very precise biometric identification method, which is not (yet) in place, could enable profiles to be blocked or deactivate voice recording for specific users.

Again, Kamann had specifically asked about Alexa, but he emphasized Tuesday that "all voice recording systems are currently having this unresolved problem."

While voice assistants may be convenient to use, data security concerns have prevented companies from selling even higher numbers of the devices in Europe's biggest economy.

A 2018 survey commissioned by performance marketing group Quisma asked Germans who did not yet own a voice assistant device about the four main things that might prompt them to buy one after all.

Some 10% of respondents said they might acquire such a device once a display was added for convenience. Roughly 14% of those polled said voice assistants had to become better at understanding their local dialects. Almost 32% weren't happy about the price of the devices.

And a staggering 58% of respondents — guess what — wanted credible guarantees that their data was safe and wouldn't be misused. This clearly shows that future market penetration levels in Germany will depend on whether companies are willing to make further compromises and improvements in the interest of end users, especially when it comes to keeping children's data out of play.