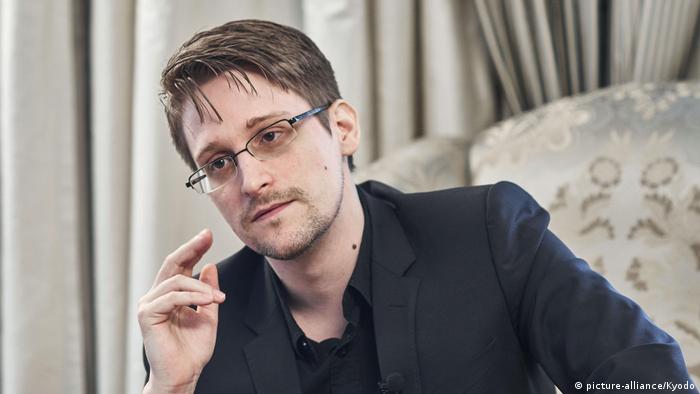 Edward Snowden, a former employee of the US National Security Agency (NSA), said in an interview he would still like political asylum in Germany. "If Germany were to grant me asylum, it would not be viewed as a hostile act toward the United States," Snowden told Germany's Die Welt newspaper.

Snowden criticized Germany and France for not doing anything to support his case so far. "The two countries' governments were looking for reasons to stop me from coming," he said. Snowden also reiterated that he didn't reveal anything that put people's lives at risk.

Snowden has previously sought asylum from a number of countries, including Germany, though without success.

The former NSA contractor has been living in exile in Russia for the past six years.

Since he leaked details of secret and extensive US government global surveillance programs in 2013, the US has regarded him as an enemy of the state and slapped him with charges of espionage.

In a separate interview with German news magazine Der Spiegel, he said that if he was found dead it would not be the result of suicide.

"This is important for the record. I am not now, nor have I ever been suicidal. I have a philosophical objection to the idea of suicide, and if I happen to fall out of a window, you can be sure I was pushed." 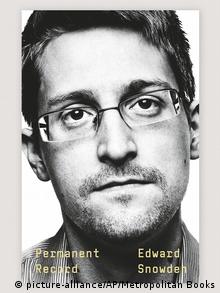 Snowden's book, titled "Permanent Record," is going to be released worldwide on September 17

Until the leaks, the public did not know the extent of the surveillance of the NSA and its British counterpart GCHQ. Snowden's information led to the wider use of encryption technology and an overhaul of data transfer practices from Europe to the US.

Snowden's actions in 2013 sparked a huge debate about the extent of government surveillance by intelligence agencies. US officials who conduct annual classified assessments of damage from Snowden's disclosures say the documents will continue trickling out into the public domain for years to come.

Time for a memoir

Snowden has now written a book about his actions and motivations. Titled "Permanent Record," it's going to be released worldwide on September 17.

The book offers by far the most expansive and personal account of how Snowden came to reveal secret details about the government's mass collection of Americans' emails, phone calls and Internet activity in the name of national security.

The story traces Snowden's evolution from childhood, from growing up in the 1980s in North Carolina and suburban Washington, where his mother worked as a clerk at the NSA and his father served in the Coast Guard.

Though the book comes six years after the disclosures, Snowden attempts in his memoir to place his concerns in a contemporary context. He sounds the alarm about what he sees as government efforts worldwide to delegitimize journalism, suppress human rights and support authoritarian movements.

"What is real is being purposely conflated with what is fake, through technologies that are capable of scaling that conflation into unprecedented global confusion," he says.

Can whistleblowers be recognized as refugees?

A Berlin-based NGO has launched a campaign to have whistleblowing defined as grounds for seeking political asylum. Top international lawyers support the initiative. (28.04.2017)

A former US contractor who stockpiled secret National Security Agency data at his home has been jailed for nine years. The case is another embarrassment for the NSA after Edward Snowden leaked classified info in 2013. (20.07.2019)