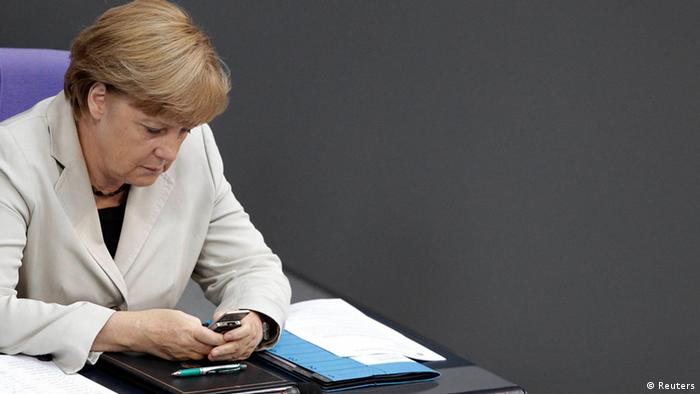 The so-called "burner" phones have been used not only in countries such as Russia and China, which continue to be at loggerheads with the West over a number of issues, including the Ukraine conflict - but also during visits to close allies such as the Britain and the United States, "Der Spiegel" news magazine reported on Saturday.

The magazine said politicians had been advised by Germany's Federal Office for Information Security to use disposable phones and only download essential data on it.

"There are clear signals that people are getting more sensible," the report quoted one security source as saying.

For years, security agencies have warned their leaders of the dangers of mobile phones and eavesdropping. During their visits abroad, officials run a particularly high risk when leaving phones unattended in order to hold secret talks as this opens a window of opportunity for spy agencies to manipulate the phones or even upload surveillance programs.

Following a year of revelations that the US National Security Agency had allegedly been listening on phones belonging to German Chancellor Angela Merkel and other key German politicians, these fears have become a reality for Germany. A WikiLeaks report published last week suggested that NSA spying had gone on for much longer than previously thought.

Despite the advice from Germany's security authorities the "burners" have not been introduced universally across the cabinet. Both Foreign Minister Frank-Walter Steinmeier and Economics Minister Sigmar Gabriel reportedly went on their recent respective trips to Cuba and China with their normal phones.

Report: Evidence of 2011 US cyberattack on defense giant EADS in Germany

According to German newspaper "Bild am Sonntag," evidence linking an attack on European defense group EADS from American soil has surfaced. The news outlet claims it is the first of its kind. (12.07.2015)