We are becoming increasingly dependent on reliable access to the Internet, and on being able to judge the security of online data. That's why German cyber space is now to be better protected. 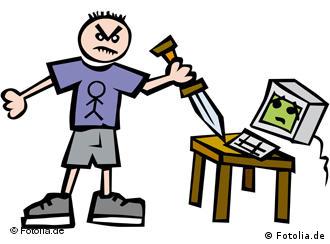 In a southern suburb of Bonn, the sound of bird song is drowned out by a nearby motorway. In the midst of turn-of-the-century villas, one building catches the eye: a sober, functionalist office block, built in the 1970s, and surrounded by high fences, locked gates and security cameras. The building belongs to the Federal Office for Information Security, and that's where ten experts started work on Friday for the newly-formed Cyber Defense Center.

Their task is to spot and evaluate attacks, and to develop counter-strategies. They'll certainly be busy. Online safety was one of the themes at the Munich Security Conference at the beginning of February. Chancellor Angela Merkel declared that cyber warfare was just as dangerous as conventional war.

The then Interior Minister Thomas de Maiziere made the extent of the threat clear. 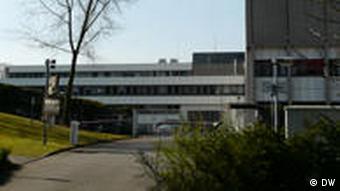 "Every two seconds there's an attack on the Internet in Germany," de Maiziere told the conference. "Four or five times a day we see attacks on the German government network, which our monitors know come from foreign sources."

NATO now counts cyber attacks as one of the greatest security threats in the modern world - alongside terrorism and weapons of mass destruction. The so-called Stuxnet worm, which targeted industrial software in the summer of 2010, infected computers controlling uranium enrichment plants in Iran. That showed the world that highly-developed viruses can penetrate enemy infrastructure as if they were digital cruise missiles.

The German Cyber Security Strategy is designed to allay this threat. Stefan Ritter is from the Federal Office for Information Security in Bonn.

"Now we have the evidence," Ritter told Deutsche Welle. "It's not just a fictional threat any more, talked about by a few experts in a back room. It's a genuine threat, which is really there, and that threat is extremely big and extremely sophisticated."

The Stuttgart-based technology expert Sandro Gaycken says that the profile of hackers has also changed over the years - in the past they were mostly teenagers or shady criminals.

"The fact that governments now also have their own teams of hackers is a new phenomenon and of course they are much better equipped, much more powerful than these average small-scale hackers," Gaycken said. "And no one's really prepared for that."

Gaycken's assessment was shown to be accurate just last Tuesday in Australia. Intelligence officials tipped off the Australian government that the computers of Prime Minister Julia Gillard and ten of her ministers had been hacked into, giving spies access to thousands of e-mails for at least a month.

A few days earlier, the European Commission in Brussels also said that its e-mail system had been attacked at a time when they were discussing important issues such as the crisis in Libya and the future shape of the euro-zone rescue fund.

As part of the cyber security strategy the German government has also initiated a new task force, "IT security in business." Most cyber attacks are still aimed at economic targets. German Economics Minister Rainer Brüderle is concerned that trade secrets may be revealed.

"Data theft is a big threat for many small and medium-sized businesses, and I think they haven't yet properly recognized the danger," Brüderle said.

The start of April also sees the launch of the "National Cyber Security Council," which represents the German chancellor, the federal states and a number of ministries. The council is tasked with strengthening cooperation between state and business in the area of cyber security. It's the job of the new Cyber Defense Center in Bonn to supply the body with the information needed to act.

This year's Munich Security Conference has opened up with world leaders reacting to the unrest in Egypt and North Africa. Critics question, however, whether the Munich conference is the right venue for such crisis talks. (04.02.2011)