′Germany could get caught up in trade turmoil′ | Business | Economy and finance news from a German perspective | DW | 06.04.2018

The escalating trade dispute between the US and China has already caused noticeable damage for Germany, Holger Bingmann, president of the German Federation of Wholesale, Foreign Trade and Services (BGA) tells DW. 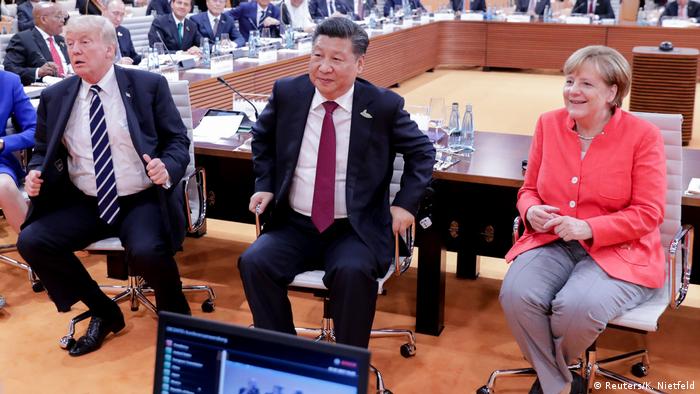 Holger Bingmann: I first of all want to stress that it's so far only a trade dispute and not a "trade war." Trade has always brought people together, not separated them. What's happening now, however, is unfortunately the opposite, as people are starting to associate trading fundamentals with emotional entanglements. I regret that development very much.

The direct consequences of the dispute for Germany's exporters are rather small. But German companies that produce goods in the US destined for the Chinese market, such as German automakers, will eventually feel the pain. In addition, German exporters could indirectly be hurt by a trade row between the world's two biggest economies, as they are heavily dependent on free markets and are threatened by trade conflicts.

Furthermore, the developments in recent weeks have contributed to an escalation of uncertainty, which could result in stock markets slumping, exchange rate volatility and a decline in investment, among other things. Indirectly, therefore, Germany could get caught up in this trade turmoil arising from the dispute between the US and China. 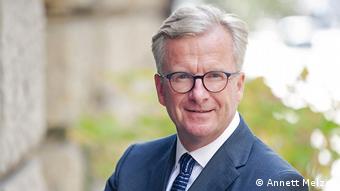 Bingmann: 'I very much regret the emotionality of Donald Trump'

Would Germany end up as a loser or winner of this trade dispute?

I believe Germany — together with European institutions — should try and talk to the parties involved in this trade dispute to resolve their differences amicably. We should appeal to both the US and China to adhere to World Trade Organization (WTO) rules and to talk to each other, instead of hitting at each other. That's our responsibility now.

We should keep in mind that if Trump succeeds with his strategy of imposing punitive tariffs, the EU and Germany — with their large export surplus — could quickly become a target again for US tariffs. The logic would be: what works once will work again.

China is accused by many in the West of profiting from open global markets while sealing off its own market to hinder competition from foreign firms. In this context, how should Germany respond if Trump demands Berlin's support to fight China's trade practices?

Trump is calling for China to provide the same business environment that we offer Chinese companies in Europe and the United States. This demand is, in my view, more than justified. German and European authorities have also repeatedly taken up this issue with Chinese officials.

It is an open secret that China has been doing way too little for many years to protect the intellectual property rights of foreign companies and has even been systematically engaging in the involuntary transfer of foreign technology. This problem has to be resolved, but we believe that unilaterally imposed punitive duties are not the right means to achieve it.

What happens if Trump really links the suspension of his punitive tariffs on European products with the condition that Europe imposes sanctions on China?

I think that's not they way to go forward, because we have a common interest and that is to persuade China to create a level-playing field on its market. There is no need for any underhand dealings here; instead, an open and clear approach is needed to achieve this common goal.

Are you hopeful that this dispute can still be resolved amicably?

I very much regret the emotionality of Donald Trump. I find it tough to believe he will be reasonable in his approach and decision-making. We see that a spanner is thrown repeatedly into the works, and that the level of punitive tariffs has increased drastically.

It's only about four weeks ago that the first round of tariffs were announced. Now we have seen both sides announcing tariffs and counter tariffs on goods worth tens of billions of dollars.

The screw has suddenly been tightened quite massively. And even if the tariffs didn't turn out to be as high as Trump warned they would be, I am always afraid of emotional outbursts, upon which our German and European companies cannot build any investments or a medium-term strategy.

So has the damage already been done with these moves by the US and China or can it be prevented?

It is not too late to limit the damage that has been done. In the current good global economic situation, the damage is not yet reflected in the numbers in Germany, but it will be felt in the medium to long term.

Look at the US, for instance. German corporate investment there has declined, tourism has fallen and everything is a bit insecure. The aggravation of all sorts of conflicts in the world makes life everywhere more insecure and also leads to a reticence on the part of business people to invest.

I also see that hardliners are calling the shots in many key and powerful countries worldwide and I believe that they should talk to each other more in order to resolve the problems facing us.

Holger Bingmann is president of the German Federation of Wholesale, Foreign Trade and Services (BGA).

The interview was conducted by Klaus Ulrich.

Europeans are still taking in the reality of a trade dispute with the US. Yet, economic historian Werner Abelshauser tells DW the topic should not be overly dramatized, not least because protective tariffs can be useful. (26.03.2018)

US President Donald Trump’s planned tariffs on steel and aluminum have met with massive outrage, and have sparked concerns that the measure will distort trade, cost jobs and ultimately lead to a tit-for-tat trade war. (02.03.2018)