US President Donald Trump has instructed trade officials to consider another $100 billion in tariffs on Chinese goods. Beijing has said it is ready to pay "any cost" in trade war with Washington. 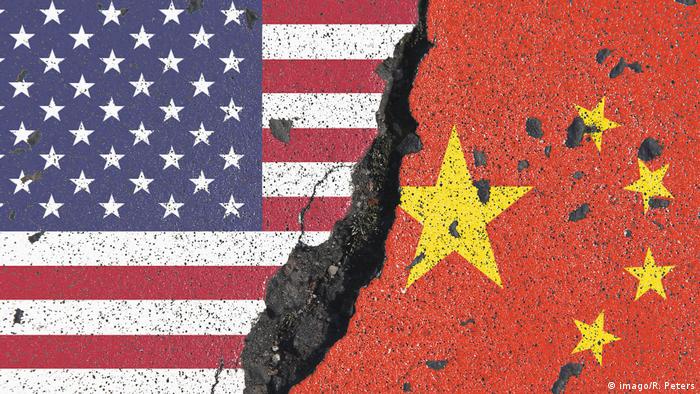 US President Donald Trump vowed on Thursday to double down in his tit-for-tat trade rift with China by imposing further tariffs of up to $100 billion (€82 billion) on Chinese imports.

Trump's latest move in his bubbling trade war with China comes after he already called for $50 billion-worth of Chinese goods to be punitively taxed.

Hours after Trump made the announcement, China responded promising to fight US "trade protectionism."

"If the US side disregards opposition from China and the international community and insists on carrying out unilateralism and trade protectionism, the Chinese side will take them on until the end at any cost," the Commerce Ministry said. "We don't want a trade war but we aren't afraid of fighting one."

Trump's latest move came after Beijing unveiled a list of politically sensitive US goods that could face tariff hikes, including soybeans and small aircraft, should US tariffs enter force.

Trump said that "in light of China's unfair retaliation" he had instructed the Office of the United States Trade Representative (USTR) to "consider whether $100 billion of additional tariffs would be appropriate."

He added that US trade officials had determined as part of their "Section 301" investigation that China "has repeatedly engaged in practices to unfairly obtain America's intellectual property."

The Section 301 investigation, which authorizes the use of tariffs against Beijing, alleges that the Chinese government has been systematically misappropriating US intellectual property through joint venture requirements that often cannot be negotiated without technology transfers. China has denied the accusations.

The prospect of a trade war between the world's two largest economies has spooked investors and sent the world's financial markets into a frenzy.

Trump's latest threat prompted a sharp sell-off in US equity futures markets. The Dow Jones Industrial Average was down more than 400 points, while the S&P 500 e-mini futures traded down 1.3 percent.

US farmers in trade war line of fire

The threat of an all-out trade war has been particularly felt in the US' rural regions, and any move by the Chinese government to further raise tariffs on American soybeans could prove devastating for US farmers in the Midwest. Around 60 percent of all US soy exports have been sent to China in recent years.

The Midwestern states of Illinois, Iowa, Minnesota, Nebraska, Indiana and Missouri account for just over half of all US soy production.

Some Republican politicians in those rural areas are now being forced to walk a tightrope by deciding whether to support the president's aggressive trade policy or defend the interests of their community.

A study released this week by the Brookings Institution, a Washington DC-based think tank, estimated that around 2.1 million US jobs could affected by the White House's trade dispute with China.

Trump, meanwhile, only appears willing to back down if China is willing to negotiate on trade. The US president has stated he first wants to see China's goods trade surplus with the US, which last year stood at $375 billion, cut by at least $100 billion.