The works of art have been given back to the descendents of the orignal owners. The Nazis took the pieces unlawfully and their return was part of a ceremony at the Bavarian National Museum in Munich. 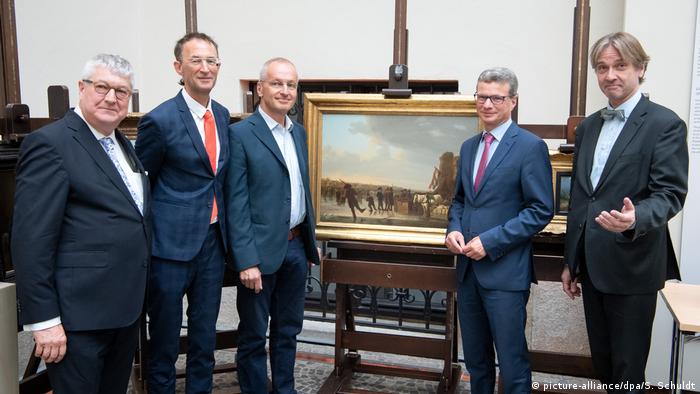 Descendants of a Jewish couple were reunited with nine works of art on Monday, more than 80 years after the Nazis stole the paintings, casts and engravings.

The return took place in a ceremony at the Bavarian National Museum in Munich, with Art Minister Bernd Sibler handing over the pieces along with the Director General of the museum, Frank Matthias Kammel, and the Deputy Director, Kurt Zeitler.

The artworks include five paintings, three color casts, created at the end of the 19th century, and a wooden panel with ivory. They were confiscated in Munich in 1938. 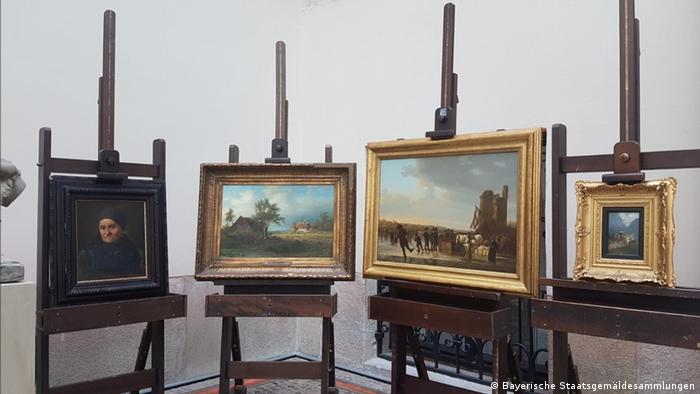 The artworks were stolen from a Jewish couple in 1938

The couple, Julius and Semaya Franziska Davidsohn, had lost the works of art due to their persecution by the Nazis.

"Despite the documented confiscation in 1938, it was very difficult to find the rightful heirs," Art Minister Minister Sibler confirmed in an interview with regional broadcaster Bayerischer Rundfunk.

"Because of the Holocaust, there were no children, and then it was a question of who is entitled to inherit the art. These were difficult legal disputes," he said.

Foreign Minister Heiko Maas has hand-delivered Jan van Huysum's "Vase of Flowers." It was stolen from the gallery in Florence by a German soldier in 1943. (19.07.2019)

A US court has ruled that a Spanish museum legally purchased a prized French Impressionist painting looted by Nazis. The judge criticized Spain for not following "moral commitments" to return the Camille Pissarro work. (01.05.2019)