Germany and France have voluntarily agreed to take in some 21,000 asylum-seekers to help the EU deal with the Mediterranean migrant crisis. Other European countries have failed to reach an agreement in Luxembourg. 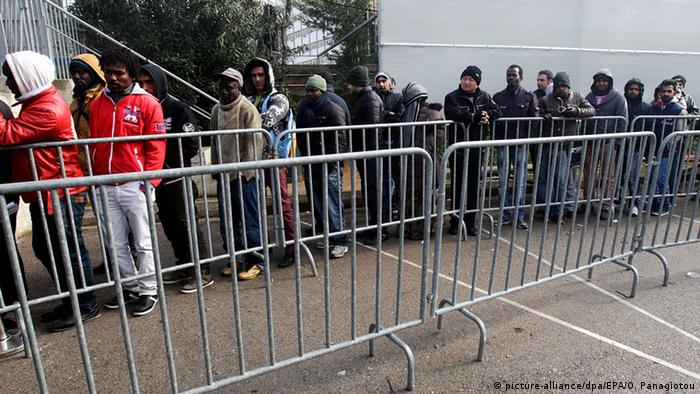 Despite commitments from Germany and France, the ministerial meeting held in Luxembourg on Thursday was unsuccessful in reaching the overall 40,000 target.

German Interior Minister Thomas De Maiziere and his French counterpart Bernard Cazeneuve announced at the summit that Germany would accept 12,100 whereas France would take 9,100 refugees.

People fleeing war and poverty in North Africa and the Middle East are seeking refuge in European countries, with most of the people turning up on the shores of Italy and Greece or being rescued at sea. Some 40,000 Syrian and Eritrean asylum seekers are currently camped in Italy and Greece, whereas another 20,000 are outside the EU.

A record number of 60 million people fled their homes in the conflict zones last year, according to the United Nations. At least half of them are children. Some 80,000 migrants have arrived in Italy since the start of the year.

The European Commission had pushed for a mandatory quota system to divide migrants among EU states, but many European leaders rejected the proposal.

"Some countries want to make a commitment only in the coming days, with other countries we will still have to hold discussions," de Maiziere said in Luxemburg.

French Interior Minister Cazeneuve said France and Germany were duty-bound "to offer a dignified welcome to those with refugee status," adding that what the two countries were doing for the EU should be sustainable.

Front-line states such as Italy, Greece and Malta have long argued that their EU peers should share responsibility for accommodating and processing migrants.

A record of some 219,000 people crossed the Mediterranean in 2014, with Eritrea, Somalia and Syria among the countries from which most refugees came. More than 100,000 have already made the perilous sea journey this year, while about 2,000 have died or are missing.

The EU has been looking for UN support to take action against the smugglers, who have profited from the turmoil within Libya, where most of the migrants begin their sea journey. Intervention has been made more difficult by the fact that two governments are vying for power in the country.