Germany: Amazon pledges to cut use of plastic packaging

The online retailer has said it will reduce its use of plastic packaging by the end of the year. Environmental groups have long bemoaned the US giant's role in contributing to mountains of plastic waste in Germany. 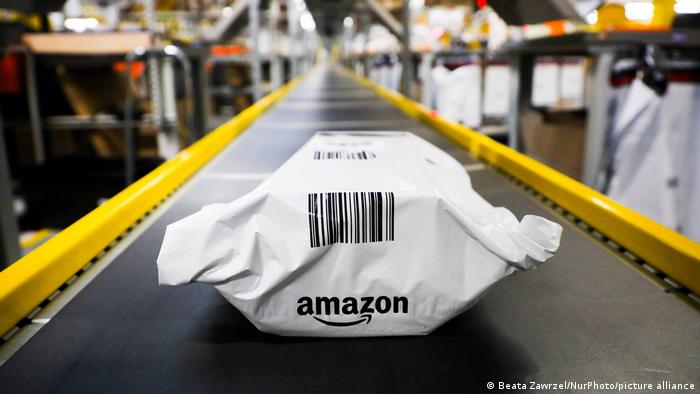 Amazon has said it will cut much of its plastic use, but not all of it

The US online retail giant Amazon on Monday announced that it intends to largely do away with plastic packaging in Germany by the end of the year.

The Seattle-based company says it will replace all single-use plastic packaging bags with paper bags and ship larger items in corrugated cardboard boxes.

Although the company will cut down on its plastic use, it will not cut it out altogether.

Bubble wrap will still be used as a way to protect breakable items such as glassware, and third-party items already packaged in single-use plastic bags that can be relabeled for postal delivery — as well as items destined for wet outdoor locations — will also remain packaged as received.

The company, which dominates Germany's online retail business, has been accused of unnecessarily contributing to Germany's growing mountains of plastic waste.

Environmental groups have also accused Amazon of contributing to the pollution of the oceans with excessive reliance on plastic.

A report published by the Oceana group in December last year claimed that around 11,000 tons of plastic waste from Amazon packaging had entered rivers and oceans in 2019.

Amazon rejected the findings at the time as a "miscalculation."

Why do we throw away unused goods?