Germany adds ′diverse′ as a gender to birth register | News and current affairs from Germany and around the world | DW | 14.12.2018

Germany adds 'diverse' as a gender to birth register

The German parliament was forced by the courts to make "diverse" an option on the birth register. Critics are split on whether the law goes too far, or not far enough. 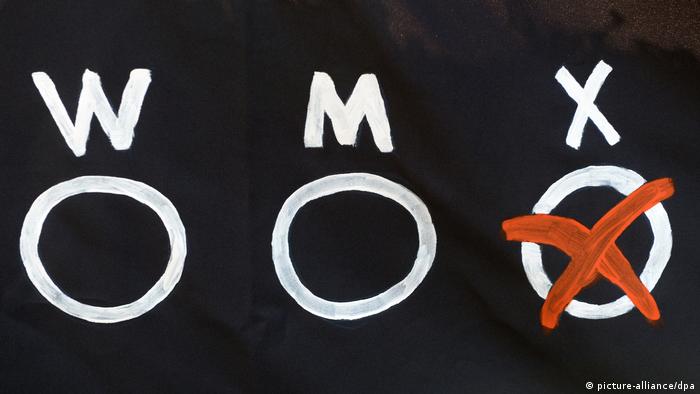 Germans will soon be able to choose a third gender on the register of births, with "diverse" set to become an option.

Up until now, people had to choose between "male" and "female" when giving their gender, or leave the option blank.

But following a vote in the German parliament late on Thursday intersex people — people whose sexual anatomy does not fit the typical definitions of male and female — will be allowed to change their entry to "diverse."

The "third gender" option places Germany in line with other countries that have introduced measures to recognize intersex people or a third gender, such as Austria, Australia, New Zealand, India, Canada and Portugal.

Read more: Progress for intersex rights in Germany, but not the finish line

The Bundestag was forced to act after the country's highest court ruled last year that people must be allowed to register as neither male nor female, ordering lawmakers to create a third gender identity or scrap the entries altogether. 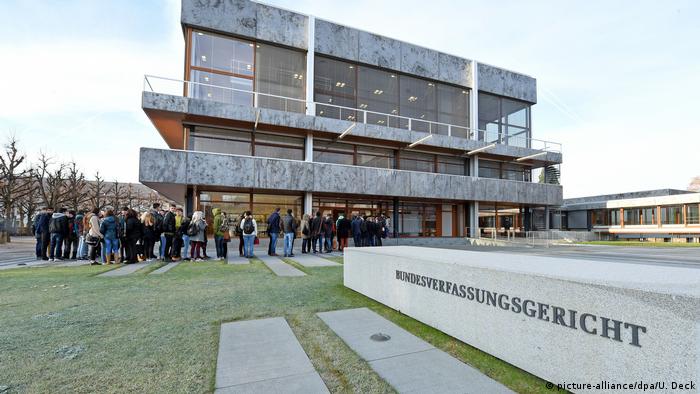 That followed a case in which a plaintiff had unsuccessfully tried to change the entry on their birth register from "female" to "inter/diverse" or "diverse."

Judges ruled the obligation to enter either "male" or "female" was discriminatory and a breach of personal rights.

Too far or not far enough?

The new law has faced criticism from both sides of the political spectrum.

The environmentalist Greens and LGBT rights groups expressed disappointment that it requires people to present a certificate from a doctor before their gender can be changed.

The Greens' parliamentary group leader, Anton Hofreiter, argued the requirement of a doctor's certificate made it much less likely that anyone would be able to make the alteration. 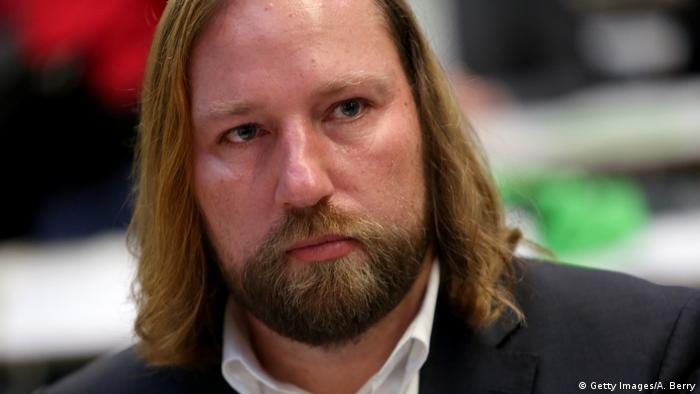 It was "preposterous and a sign of distrust of those who don't fit into an old-fashioned view of society, especially that of the CDU and CSU," he told Funke Media Group newspapers.

Read more: Germany tolerant of LGBT neighbors, not Muslim ones

The Lesbian and Gay Federation in Germany also hit out at the law, saying it was disappointing it only took into account physical characteristics when determining gender.

Board Member Henny Engels said "that gender is not only defined physical signs, but also by social and psychological factors."

But conservative CDU lawmaker Marc Henrichmann backed the requirement of medical documentation, claiming it would stop people subjectively self-assessing their own gender.

Read more: Gay in the AfD

The far-right AfD also stated their opposition to people being able to decide to switch genders.

"Which gender you belong to has been an objective fact since the beginning of time — just like age and body measurements," said acting parliamentary group leader Beatrix von Storch.