Investigators had initially thought the attacker's personal stress led to one of the deadliest attacks in Germany's post-war history. But authorities now officially say he was deeply involved with far-right extremism. 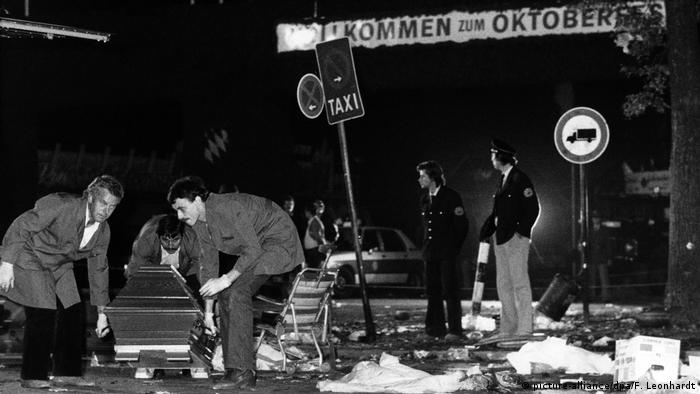 The attacker who carried out the deadly 1980 Oktoberfest bombing in Munich was motivated by far-right ideology, federal prosecutors said Tuesday following a years-long probe, according to German media.

Gundolf Köhler was among the 13 killed when his bomb exploded in a rubbish bin at the entrance to the beer festival, injuring more than 200 others.

Further revelations linking Köhler's with far-right extremism led prosecutors to reopen the investigation in 2014 and to explore whether he acted alone.

"Gundolf Köhler wanted to influence the 1980 parliamentary election. He strived for a dictatorial state in the image of national socialism," reported the Süddeutsche Zeitung, quoting a senior investigator.

The federal prosecutors reached the conclusion after interviewing 1008 witnesses and victims, reviewing over 888 clues and 300,000 documents from national authorities.

Federal prosecutors found that Köhler trained with the banned neo-Nazi militia group "Wehrsportgruppe Hoffmann," whose members had frequently been accused of far-right violence. He also had a picture of former Nazi leader Hitler hanging above his bed.

However, there was "no sufficient evidence" that Köhler had accomplices.

"There weren't sufficient indications for the involvement of other people either as accomplices, instigators or helpers," the Tagesspiegel daily quoted the federal prosecutors' office as saying.

The end of the investigation comes as German authorities have been accused of downplaying the danger posed by far-right extremism in the country, following a spate of high-profile attacks in Halle and Hanau.

The German military has also faced accusations that it tolerates right-wing extremism.