A German diplomat will no longer head the Iran trade vehicle INSTEX after it emerged he had made critical comments about Israel. The development deals a further blow to European efforts to save the Iran nuclear deal. 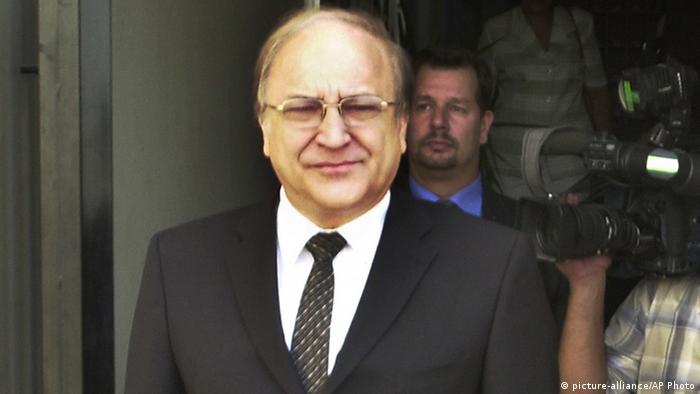 A senior German diplomat designated to head a European payment vehicle to facilitate trade with Iran despite US sanctions will not take up the position after a news report claimed he made controversial statements about Israel.

The German Foreign Ministry said Friday that Bernd Erbel was not to assume the position as INSTEX chief "for personal reasons."

Germany's mass circulation Bild newspaper reported on several controversial comments the former ambassador to Baghdad and Tehran made about the Middle East and Israel.

In an article published in English, Bild criticized "two scandalous appearances" in which Erbel gave interviews to former public radio journalist Ken Jebsen, who the paper described as "a conspiracy theorist and anti-Semite."

Erbel said in an interview that Israel was founded "at the expense of another people that lost their homeland."

"The Palestinians are the victims of our victims. Quite simple."

He also said that Israelis were incapable of feeling empathy towards others for a "psychological reason."

"They give you the feeling that only others can commit an act of injustice, because they were on the receiving end of injustice."

Bild accused Erbel of having "great sympathy for the Iranian Mullah regime" and understating Tehran's influence in the Middle East.

Germany, Britain and France founded INSTEX to facilitate barter trade with Iran to get around US sanctions that block financial transfers. The instrument, which is not yet operational, would help Iran buy goods such as pharmaceuticals and foods that are not subject to US sanctions imposed after Washington withdrew from the 2015 nuclear accord.

Germany's envoy to the Palestinian territories is being probed after he "liked" tweets that criticized the Jewish state. The heart icon was clicked for several posts, including footage of an attack on Israeli soldiers. (19.07.2019)

Iran is home to the largest Jewish community in the Muslim world. Jan Schneider visited the Musazadeh family in Tehran to share in their Sabbath celebrations. (13.07.2019)

The US move to reimpose sanctions on Iran and choke off the last remaining sources of Tehran's oil revenue has crippled the Iranian economy. For many ordinary Iranians, it's becoming increasingly hard to get by. (24.06.2019)